Last week, I extended the virtual disk of the VM hosting my jenkins server. Shortly after, I increased the maximum disk size of one of the job’s docker containers, maxing out the disk. This meant that I needed to extend the drive… again. If you ever do something twice, it is best to have it documented for the potential third time. So, here we are.

Before getting started, I want to point out that this method is specific to the environment I currently have for my VMs. Specifically, I am using kvm/qemu and virt-manager, with qcow2 images for the virtual disks. Additionally, the specific VM I was extending was installed with LVM and it’s main partition was formatted with a xfs file system. Just note that some steps may differ elsewhere. This is what worked for me. 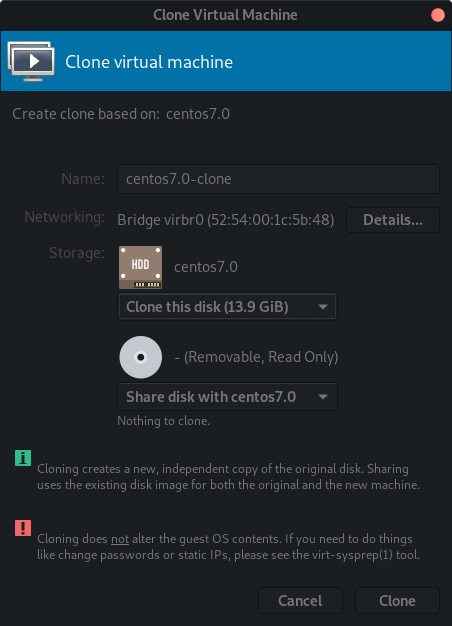 Cloning the VM in Virt Manager

While not required, it isn’t a bad idea to first clone the VM (just in case anything becomes damaged). If using virt-manager, cloning a VM is as simple as right clicking a powered down VM, and selecting “Clone…”. A window will pop up with options for cloning the VM. Make the desired name changes and hit Clone.

The first step in resizing the virtual drive is to first expand the qcow2 image. By default, the images tend to be stored at /var/lib/libvirt/images/ and will require root privileges to access. Virt-Manager can be used to double check which image the VM is using for its disk. To resize the qcow2 image, use the qemu-img resize command, providing it the image file path/name and then the size to expand it. For example, I used +40G in my command (qemu-img resize Jenkins.qcow2 +40G) to extend the image by 40GB.

The command qemu-image info can be helpful in verifying that the resize worked, by checking the size of the image.

For the next few steps, it is a good idea to boot the system from a live CD. This will run the OS in RAM, allowing the disk to be fully unmounted. With access to the VM’s display, an ISO such as the gparted live CD can be used to resize the partitions, as it contains the amazing graphical tool, gparted (duh).

Note: If you boot up the VM and don’t see the new unallocated space available in the volume… make sure you didn’t accidentally boot the backup VM… Not that I made such a mistake… :P

My VM is installed using LVM volumes, so I had to resize them before I could resize the file system. Gparted will do this automatically when resizing a partition. 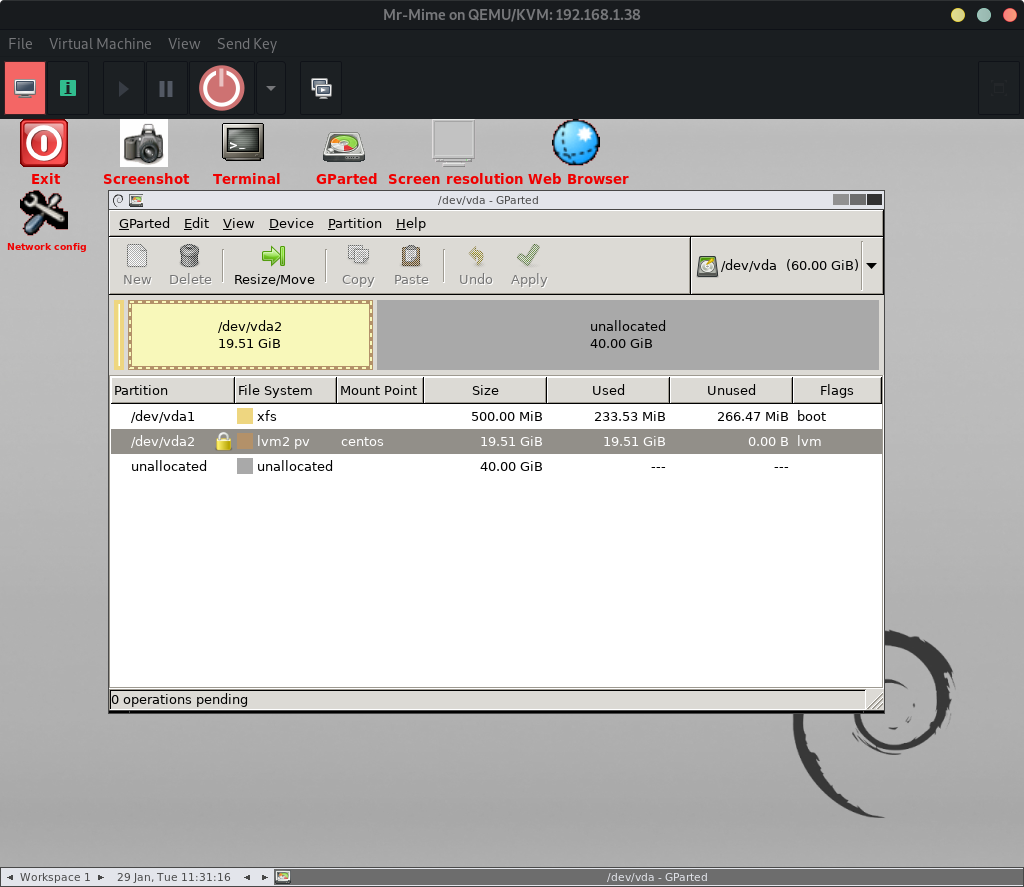 Booting into the Gparted live ISO

To resize the partition, first verify that the correct virtual disk is selected in the top right drop-down the window. Next, select the partition to expand, and click the “Resize/Move” icon at the top. 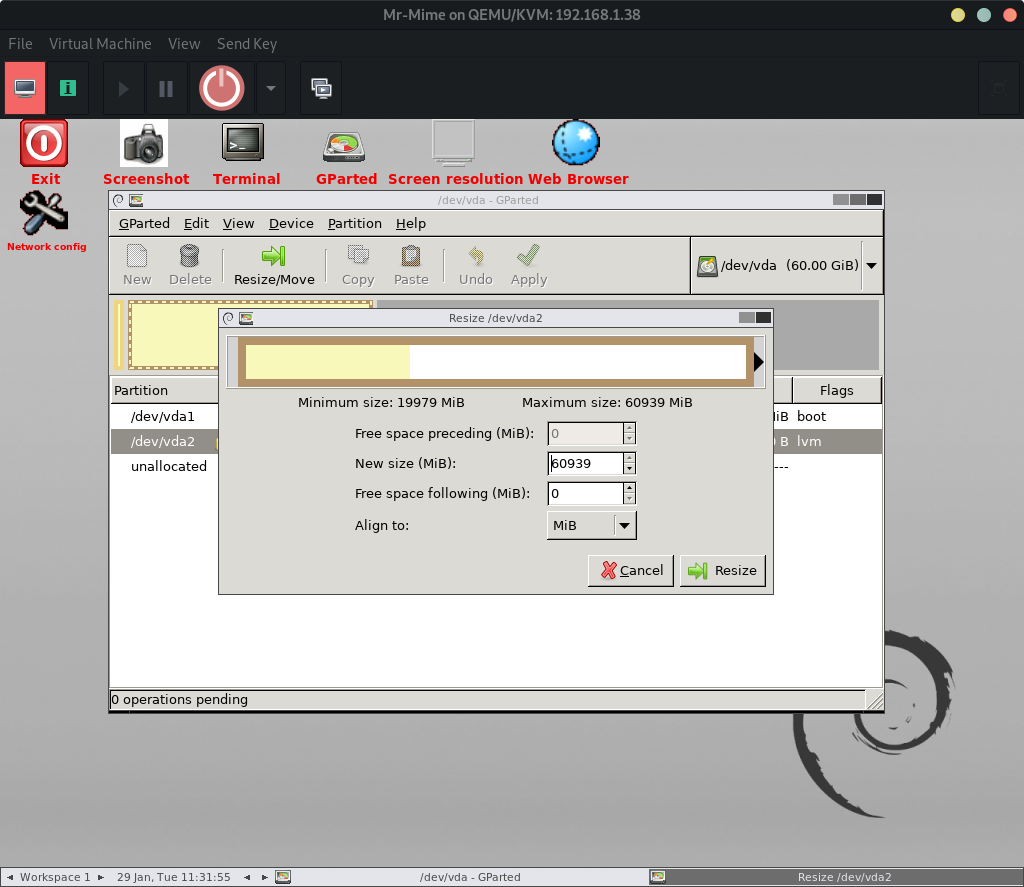 Resizing the partition in Gparted

In the resize window, I changed the Free space following (MiB) value to 0, to expand the partition to use all of the unallocated space. Lastly, I hit the Resize button and let Gparted do it’s magic.

Finally, with the lvm volume expanded, I just had to grow my file system to use the new space. I booted up the VM and logged in. This VM uses an xfs file system, so I was able to use the xfs_growfs command to expand the partition:

Note: My VM’s disk space was COMPLETELY full. This meant that I couldn’t use auto tab complete in my shell because it spit out there’s no disk space. Typing the command out fully by hand, still worked.

With the xfs partition resized, I rebooted the VM for good measure, and everything was up and running again.

That’s about it. Remember, the steps I took might need to be altered for other environments, but this post should still be a good starting point. I know it will help me when I acidently overfill this VM again… Enjoy!