Over a year has passed since I purchased a base model 2019 16” MacBook Pro. My first Mac. With it’s large “retina” display, resurrected magic keyboard, and truly amazing speakers, it might be the most pleasurable laptop I have ever owned. However, I decided to trade it in… for a new MacBook air. Here’s why. 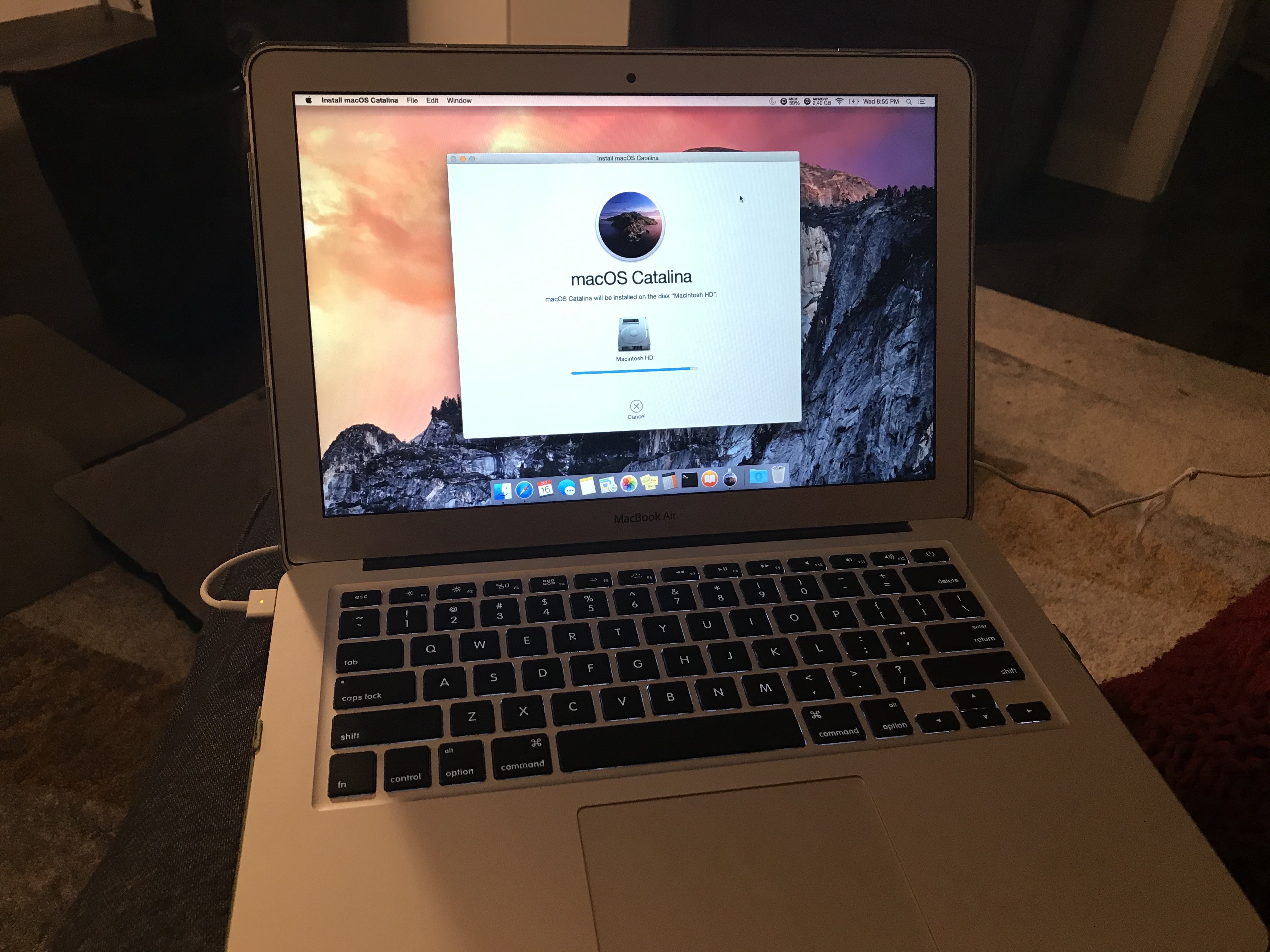 In the Fall of 2019, I decided to do a 30 day macOS challenge. During the challenge, I learned that while I think Linux is still my go-to and indispensable OS, I did enjoy having a mac available for doing more “normal life computing”. Web browsing, writing emails, managing calendars, personal finance, planning home projects with my wife, ssh’ing into servers to code… that type of stuff.

After the challenge, I decided to acquire a mac for myself. I choose the 16” MBP mostly because it was the only MacBook at the time with the new magic keyboard. That was a hard requirement I had. I wouldn’t even consider buying a butterfly MacBook. Keyboard aside, as my only Mac, I did want it to be powerful enough to be my ‘workstation’ mac/laptop. And it was.

While the 16” MacBook Pro did improve cooling compared to it’s predecessor, it was still too warm for my tastes

After a few months of use, a problem emerged regarding that power… I didn’t utilize it. As I discovered the last time I had a more “workstation laptop”, I don’t like when my computers overheat and spin up their fans. The 16” macbook was relatively thin for its specs (did you see the size of my previous workstaion laptop!?!?). However, that sleek design came at a cost. While the re-designed cooling on the 16” was considered quite good for a MacBook… it didn’t meet my standards. 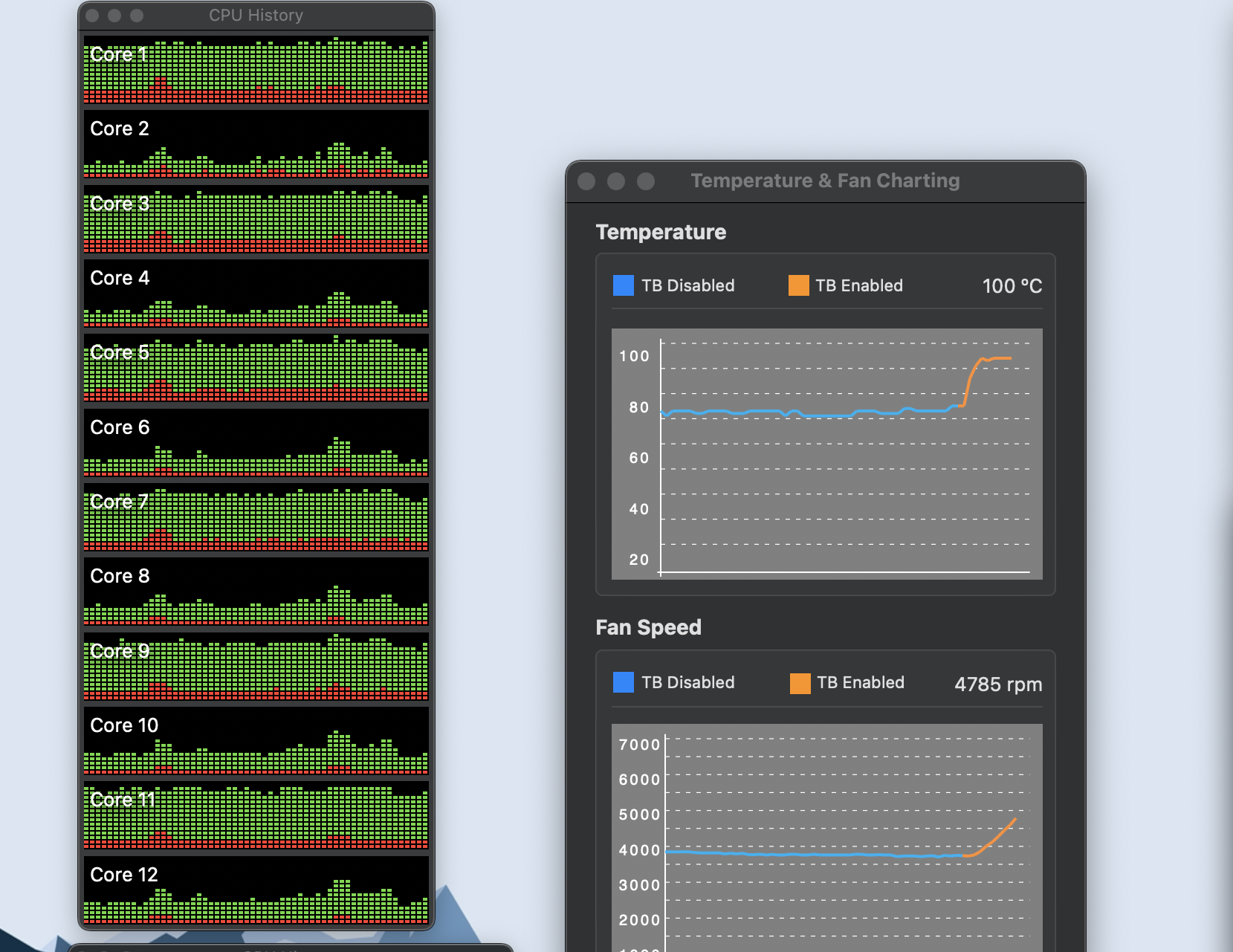 While using the CPU (importing photos), the temps stayed at 80C with turbo boost disabled. After enabling it, the temps shot up to 100C!

I eventually purchased and installed turbo boost switcher, to disable turbo boost on my cpu This runs the cpu at it’s base clock, without boosting it up for more ‘bursty’ performance. This didn’t seem to hinder my small day-to-day usage, and in my mind, was more than worth the trade to keep the computer a little bit cooler, and prevent the fans from spinning up all the time. It was just a shame to pay so much money for such powerful computer… and then purposefully hinder it.

The M1 Macs are Released 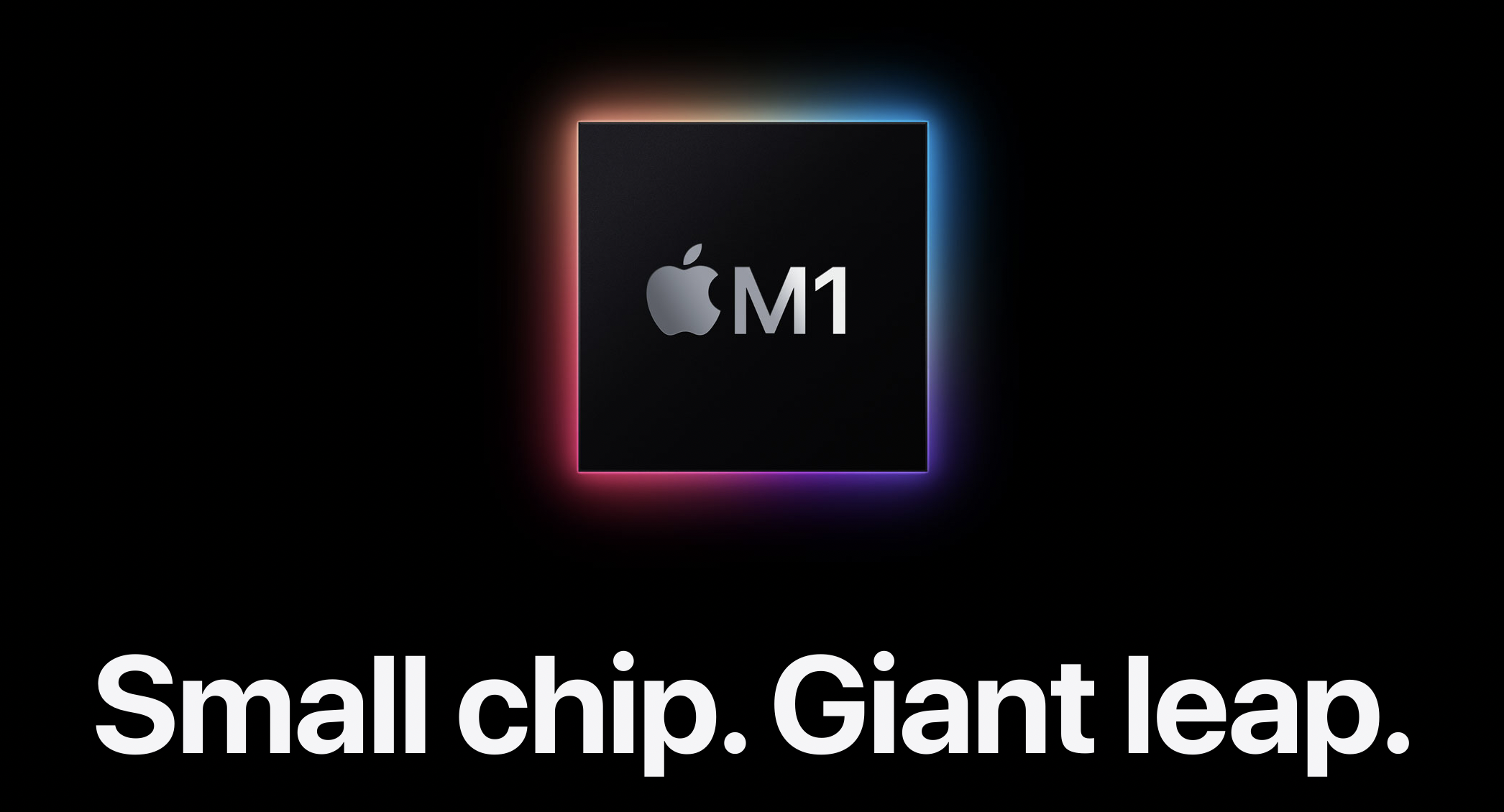 Then, in November, Apple announced the new M1 Macs, the first computers in the company’s planned 2 transition to switch from Intel CPUs to Apple’s own “Apple Silicon” arm processors. And they were a hit.

While I was skeptical about the smoothness of a cpu architecture switch, early reviewers indicated that Apple handled it extremely well. This had me tempted to immediately swap my MBP in for one of the newer ones. But, I decided to hold out for a bit, reasoning that my 16” computer was still an amazing laptop that was more than capable of what I needed it for.

Still, the seed of questioning how I use a mac had been planted.

How I use a Mac

I started to map out my Mac use-cases in two broad categories: What I use my mac for, and where I use it. After some brainstorming, I had the following lists:

What I use a Mac For

I most commonly use my Mac for:

Where I use a MacBook 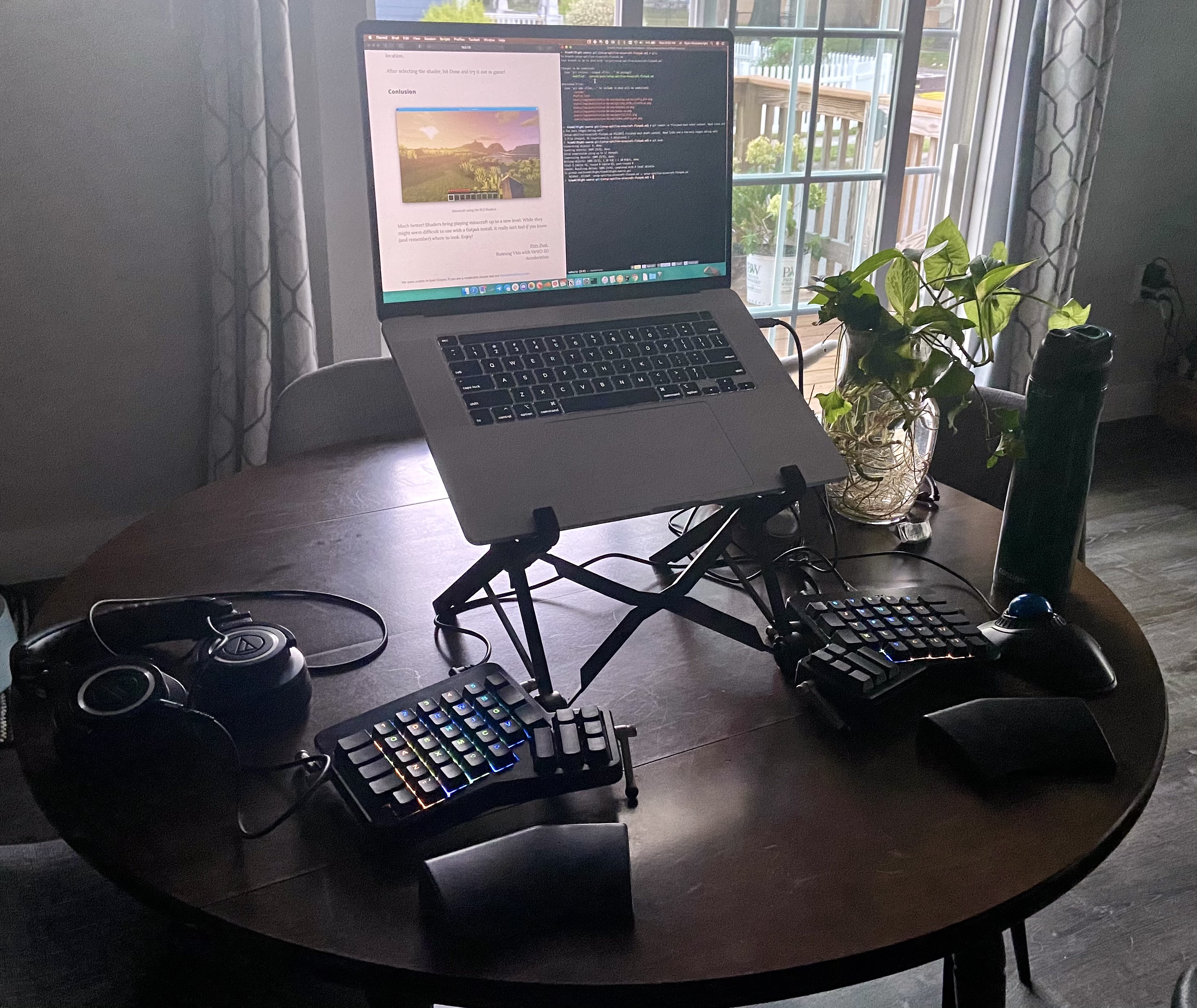 As my main laptop, my MacBook occasionally has to serve as my portable workstation

Being both my only Mac, as well as my main portable computer, there is actually quite a range of where and how I setup my MacBook. Some examples include:

Best Tool for the Job 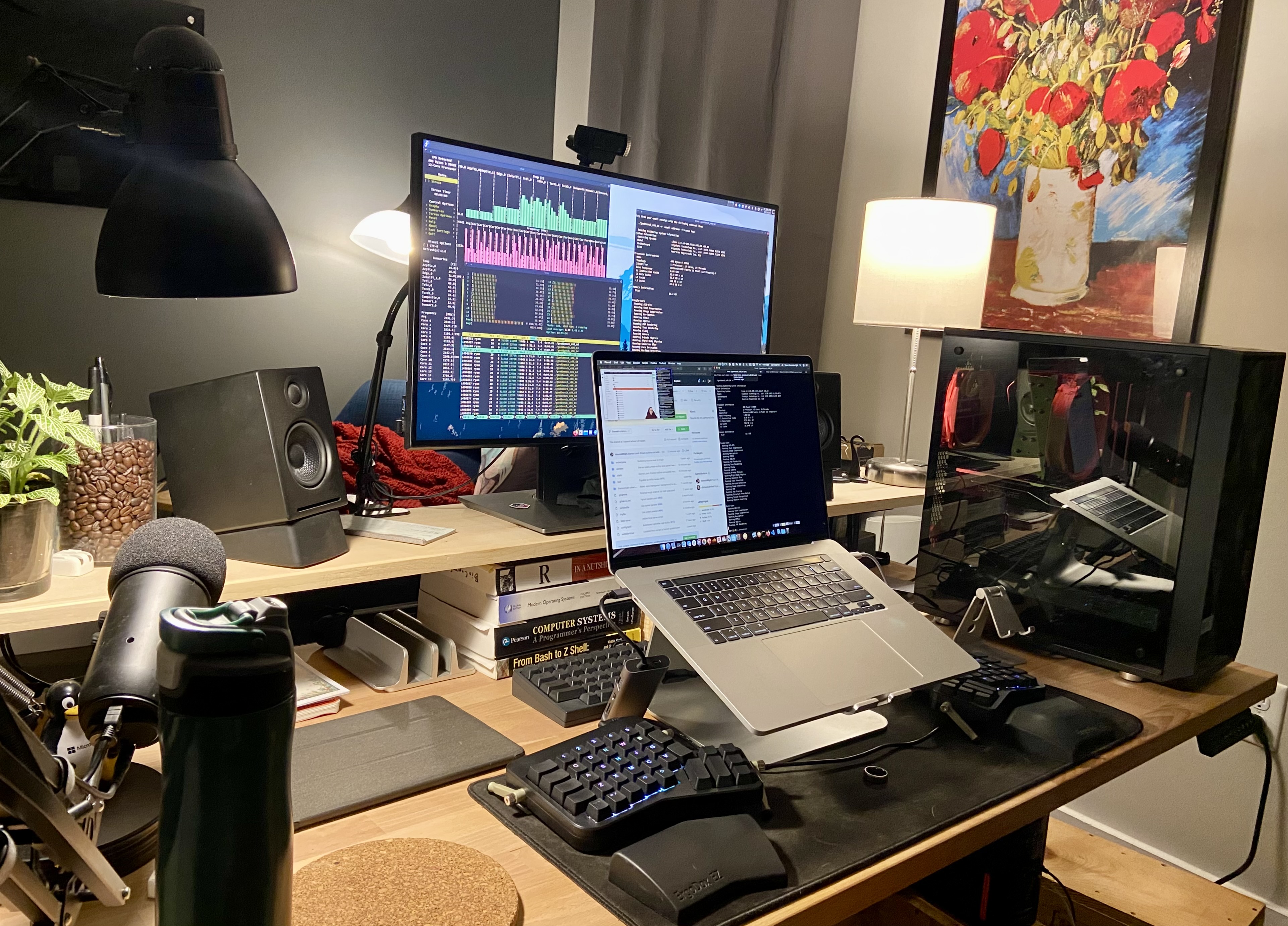 Using my MBP while running benchmarks on my desktop after some upgrades. Dispite its pwer, my Mac is a secondary computer.

A disparity stood out to me while makings these lists. I generally try to use appropriate hardware for my need (at least within reason). Looking over what I wrote, it felt weird to have a $2000+ laptop for what I use it for. I did not need that much for my secondary computer, even if I loved the speakers and screen.

If this was my main computer, it would be fine. But it isn’t. I have a powerful linux workstation for my heavy lifting and complicated, virtual workloads. Hell, macOS isn’t even my main OS. I do all my power-user computing on Linux… even if it’s from my mac (as previously stated, I ssh into my desktop for nearly everything… including writing these posts). The MBP met the role I needed it for, but it didn’t necessarily fit that role.

After hammering out my MacBook use cases, I theorized how a M1 MacBook Air might compare to my 16” MBP in meeting those needs. I came up with the following conclusions:

Overall, I concluded that the Air should be able to do most of the tasks my 16” MBP does, at around the same level of perfomrance, if not better. In the case of portability and noise, the air would be much better suited than my Pro. Additionally, most of the workloads the MBP is better at, aren’t as important for my needs.

Decided to Go for it 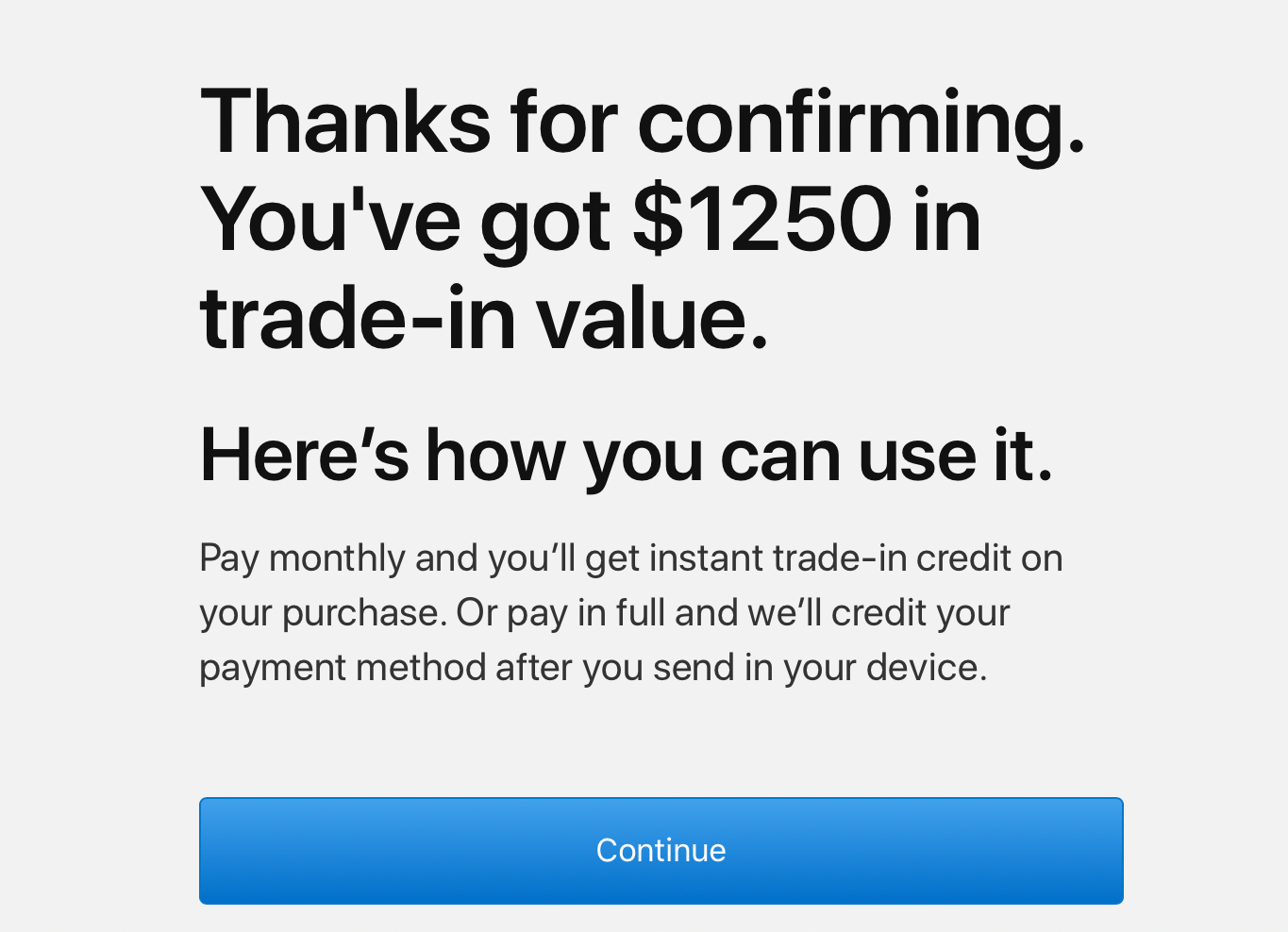 I knew my trade-in value would only get worse, and I didn’t need to wait for the new 16” Pro to come out

Eventually, I decided to make the trade-in. My main reasons were:

So, I ordered the higher tier Air ( with 8gpu cores + 512GB of storage), and bumped up the RAM to 16GB. If I was going to be be “downgrading” from a MBP to an Air, I wanted to at least keep the same amount of RAM and storage that I had before. It took almost a month to arrive, but now it’s here, and I’m packing up the MBP to send back.

I need this secondary computer to function as my portable laptop, and only (physical) Mac. I think the m1 air will fill both of these roles extremely well. If I needed a laptop to be my main machine… I would have probably kept the MBP and upgrade after a newer Apple Silicon version is released. 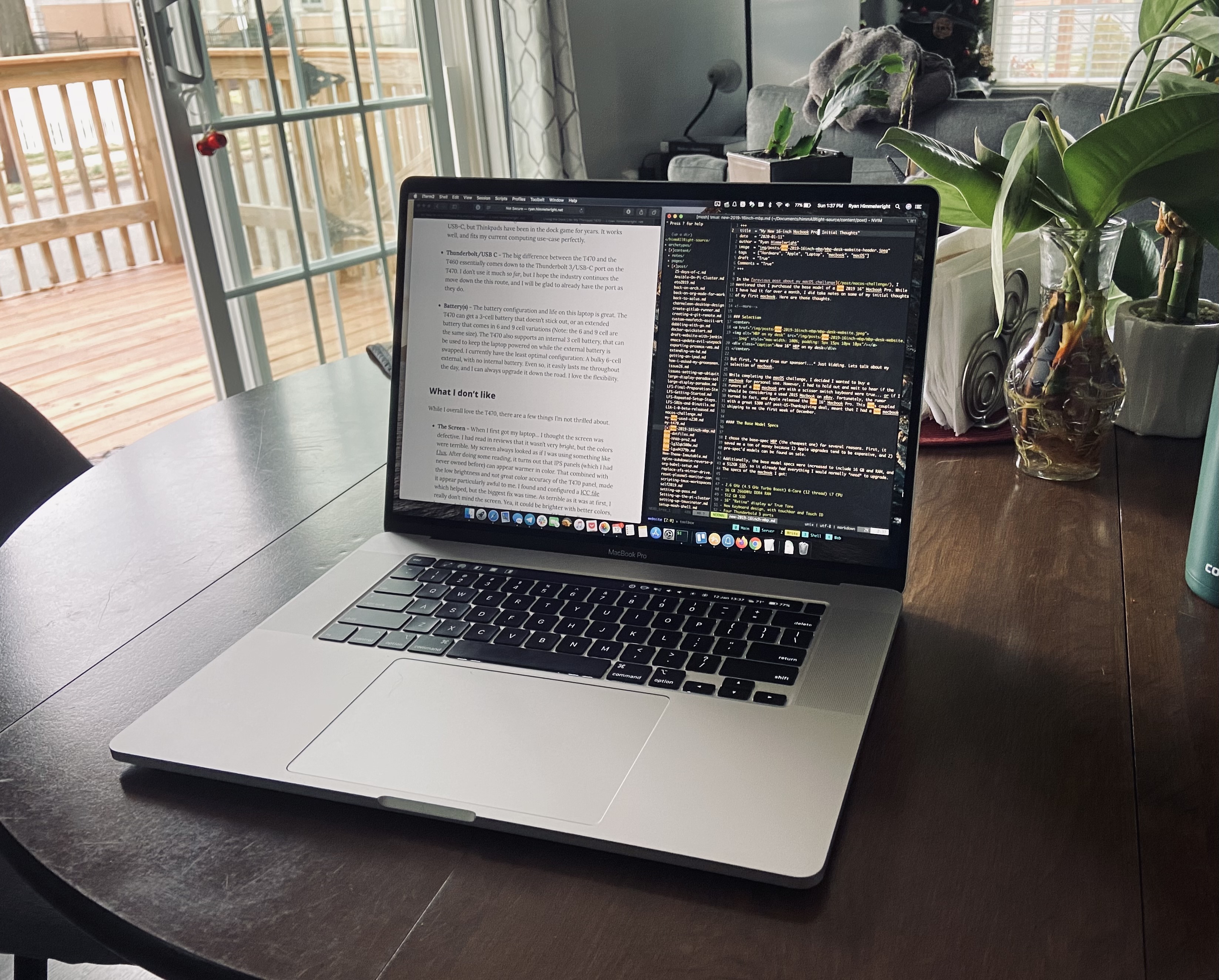 The 2019 16” MacBook Pro was, and still is, an amazing machine. I will miss it. Ultimately though, a combination of the M1 Macs being very good, and the fact that a smaller, thin and light laptop fit my use case best, finalized my decision to switch.