The past few years I have watched the South East Linux Fest (SELF) from a distance, often via listreams run by Jupiter Broadcasting and/or the Ask Noah Show. Last year, I decided to finally travel to Charlotte for SELF 2018. While my wife and I did drive down to North Carolina that weekend, it was instead to Durham… with a moving truck. This year, being only two hours away, I decided there was no excuse. I did a day-trip…. but I went. I’m glad I did.

I finalized my plans to attend SELF last minute, about two weeks ago. I convinced a friend from work to attend with me one day over lunch, and we registered right after. So, this past Saturday morning we left Durham around 6:30 am for the 2-ish hour drive to Charlotte. 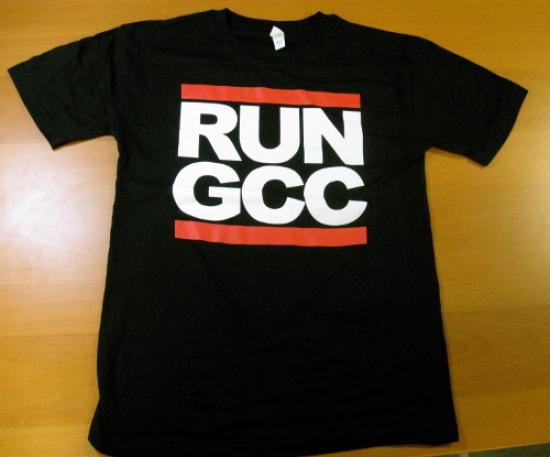 The first thing I saw when I passed through the hotel doors.

When we got to the hotel parkng lot, we weren’t entirely sure where to go. Then, we noticed a person walking towards a door carrying a old mechanical keyboard under their arm… a clue. Sure enough, after following that person through the same door, we found ourselves in the middle of a hallway filled with Linux booths and face-to-face with a “RUN GCC” T-shirt on display. We found SELF. 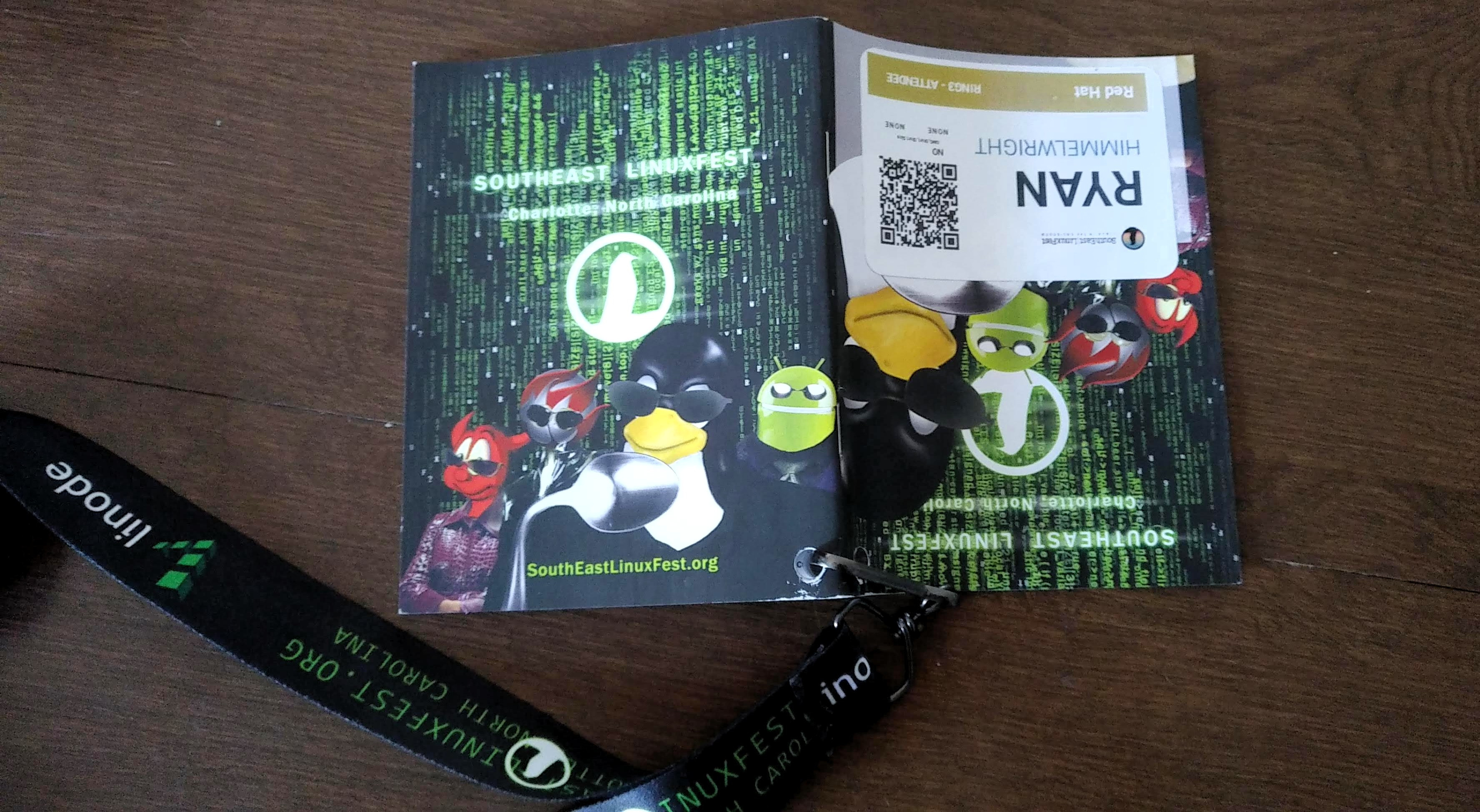 After walking around a bit, we worked our way to registration and received our badges. They were little booklets on a lanyard that contained event information and the schedule. However, it did confuse me at first because the one side was upside-down compared to the other side… but then I realized it was so it could function as a name-tag, but still be easily read while still around one’s neck. Very practical.

Throughout the day, I went to several talks with an array of topics, including building personal clouds, 3D printers, security compliance testing, network backups, and even building a tiny house. The talks were generally interesting, and I left with a bunch of notes on topics and software I might want to dig into at some point. For example, I think it might be useful to look into chef inspec (or at least similar alternatives to it), for verifying build/test environments at work.

The biggest lesson I learned from the talks at SELF wasn’t from their content, but rather the environment they were presented in. Overall, it seemed like a very knowledgeable, but supportive audience.

For example, one of the speakers was a little flustered as it was his first time giving a talk. When the speaker stated he was a bit nervous, the room responded with “don’t worry, you’re doing great so far! This is how you learn”. Then… the live demo experienced some issues (as they tend to do). The audience responded by laughing with the speaker and shouting out statements like “That always happens to me! See, you are one of us!“. People then started discussing related tips and tricks they’ve learned over the years, while we all worked to troubleshoot the demo.

The room was able to take what could have been a disaster for the speaker, and turn it into an engaging experience where everyone in the room connected and learned from one another. As a result, a “failed” talk ended up being a better experience than originally planned.

I think SELF displayed glimmers of what the Linux and Open Source community can be when at their best. Did I encounter people I disagreed with, or thought were a bit too abrasive? You bet. Did it ultimately matter? Not really. When we disagree, if we can muster up the maturity to work together, we will learn and grow as a community, even when everything is going wrong. Just like in the talk I described above. </soapbox>

I am fully aware that I “did SELF wrong” by only going for a single day and mostly watching talks. I didn’t spend too much time in the “hallway track”, and missed out on the late-night antics and philosophical discussions I heard about. Regardless, I still learned a bunch and had a great time. Now that I’ve scoped out SELF, in the future I think I plan to stay for the whole event… and maybe even submit a talk. See you there!