Ever since resurrecting my personal website, I have experimented with several static website generators. Thus far, I have tried org-page, Jekyll (several times), and even (almost) made my own emacs org-page solution. Now that I have started using the clojure programming language, I have come across cryogen. As you may have already guessed, this site is now being generated using cryogen. 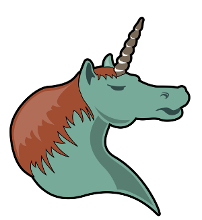 About a year ago, obsession with emacs (and more importantly, org-mode) eventually led me to try out org-page while revitalizing my personal website. The idea of writing webpage content in .org files was very appealing and I wanted to gain a more experience writing emacs lisp, so it seemed like a good choice. Overall, org-page was a good learning experience, but I found the documentation and support to be lacking. It seemed to be more of a personal project, rather than a fully supported framework. while I know other people were able to get it working, org-page simply wasn’t working for me.

For over a year now, I have used org-mode at work each week to track my hours and to take notes (including code snippets). I then export the org files to html, creating a full index of my work notes/logs. After digging deeper into org-page, realized it was just a fancy wrapper around the org-project functions I used at work. So, I decided to implment my own emacs org-page solution (well, half implement… I guess I never fully finished it). Creating my own solution helped me learn even more about org-mode (which helped with my work notes), but I ultimately abandoned using this method for my personal website. Managing my own solution quickly became a pain because I had to setup emacs, install the dependencies, and get a .emacs file working just right on any compuer I wanted to generate the site from.

My first experience with Jekyll was about two years ago, right after I graduated college. It was the first true static website generator that I tried and I absolutely loved the concept. You see, I taught myself how to build websites in the early to mid 2000’s when I was in middle school, and apparently never developed beyond that point. During college, I maintained a personal site by hand. It was super simplistic html that used tables for the layout, and css for coloring. That’s about it. Using a static website generator like Jekyll for the first time was amazing, since it automatically produced static webpages that looked much better than anything I could do by hand. All I had to worry about was the content. It was what 12-year-old-me longed for (and tried to do using iframes and other messiness). I eventually stopped using Jekyll because I was unable to get the theming quite right, and … well … I started really getting into emacs. But you’ve already heard that story.

After taking a breif hiatus from Jekyll to adventure deeper into emacs land, I returned. This time, I was able to find and configure a enticing theme that fit my needs. My personal website probably looked the best is ever has, and I really enjoyed it. However, I have recently become frusterated using Jekyll (again). It is a great static website generator, but because I don’t often develop in Ruby (right now), setting up the proper ruby gems environment and dependencies on my computers makes me want to bang my head against the wall. Additionally, I have been learning clojure and while digging through different clojure projects, I found cryogen.

Cryogen is a static website generator written in Clojure. If you already have Leiningen installed (which if using Clojure, you should), starting a new Cryogen application is as easy as entering lein new cryogen project-name into a terminal. Once the project is created, you can cd into the directory and run lein ring server. Clojure will then fire up a local webserver of the compiled project (by default on port 3000). Whenever a change to a project file is saved, the cryogen server re-compiles the project and updates the webserver. As a result, it easy to edit and see the changes live. Cryogen has a rather large, but simple directory structure that is used to organize the project. This structure is slightly different from Jekyll, and takes a bit of getting to, but I think it does a better job at keeping everything organized once you learn it.

The one thing I really like about Cryogen is the fact that… well… it’s clojure. This means that things can often feel more “lisp-y”. For example, in Jekyll, the preferences and configuration of the website are kept inside a yaml configuration file. Similarly, the meta-data and information for a page or blog post are defined in a very specific yaml header at the top of the markdown files. Cryogen follows a similar concept, but instead of yaml headers, it simply uses a p-list for the configuration setup.

To change a post’s information (ex: title, author, date), one just has to change the keywords in the list at the top of the post’s markdown file. This flexability means that figuring out how to setup use my own configuration was a breeze. For programmers that have previously used Clojure or another LISP, the configuration in Cryogen is very intuitive and natural.

The only downside (sort of… it’s my fault) I have experienced while using Cryogen is that being a smaller community, there isn’t much out there in terms of templetes and themes (at least that I was able to find during a lazy search). So, while I was able to easily setup an amazing looking website using Jekyll (by using someone else’s hard work), I am forced to be a bit more hands-on using cryogen. Initially, I thought this was a negative, but after spending some time hacking away at the default theme and cleaning some rust off css/html skills, I think I have the site looking good enough for now. As a bonus, I am starting to re-learn web design. However, I am slowly catching up, so “modern” design features like mobil support might not happen right away. It’s not the best looking site, but I has personal touch, which I guess is good in a personal website.

That’s about it. That’s why my site suddenly looked different one weekend. If I look forward to using both Clojure and Cryogen more for not only this website, but other personal projects as well.

Trying Out the Plasma 5 Desktop Environment Back On Arch, After Frantic Distro-hopping