No, this is not the same as my last post, but is a continuation of it. While the basic podman generate systemd generated file works for many cases… it wasn’t a good long-term solution for my jellyfin container. So, I made a small tweak.

My issue was that the container initially worked, but would occasionally break when it grew old. By itself, it isn’t a problem. Containers are designed to be ephemeral, and arguably should be blown away before being instantiated again. The difficulty is that creating a new container results in having to edit the container uuids in the service file, otherwise the service breaks… which seems to sometimes then break the new container. 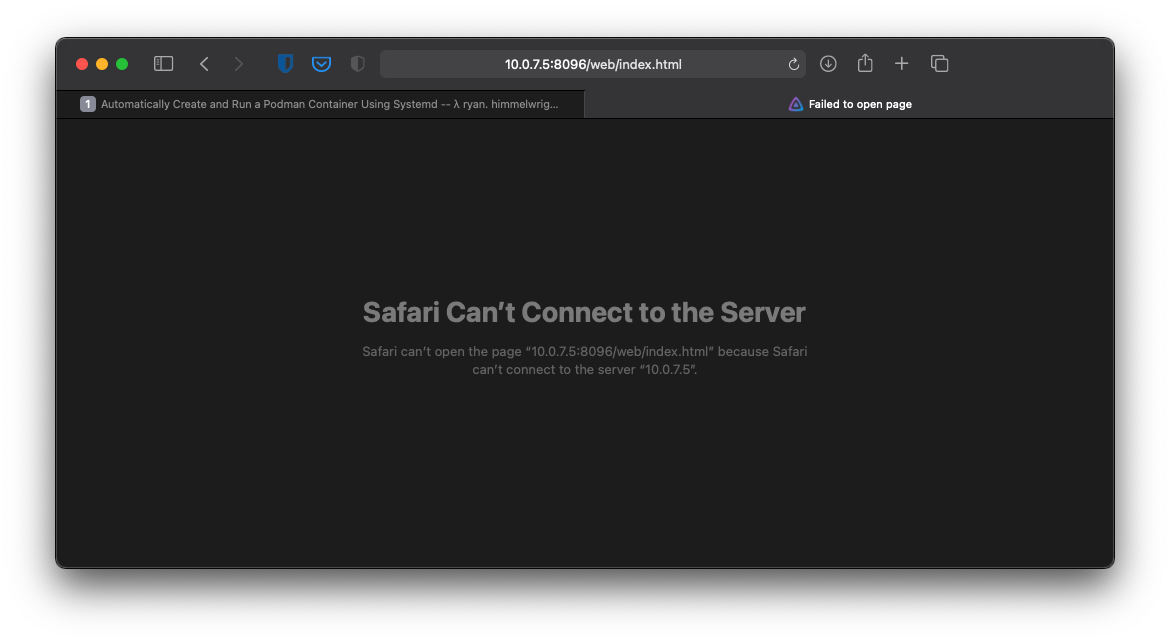 This requires me to then disable the service, blow-away and make the new container, update the service file, and finally start the service… again.

I started to think about how I could better the process. I knew that a newly created container seemed to work each time, as I previously used the --rm flag when starting it manually. From there, I wondered if I could write my own systemd service file using the podman run command instead. This would both create and kick off a new container after boot, instead of re-starting a persistent one.

To test out my plan, I decided to edit the file created by the podman generate system command in the last post and go from there. I opened the service file (~/.config/systemd/user/jellyfin.service) in my editor and changed the following line under the [Service] section:

I swapped ExecStart to use my manual podman run command, with a --rm flag:

I also edited the ExecStop and ExecStopPost values:

I switched them to use the container name (jellyfin) instead of uuids:

After saving the changes, I removed my old jellyfin container, reloaded the unit files (using systemctl --user daemon-reload, as described in the previous post), and restarted the machine to determine what elements would need tweaking when writing my service file.

However, I never made my own service file, or even edited the generated one again. It appeared to work fine after making those few tweaks. For the second time in a row, I have a much simpler post than originally intended due to the tooling around podman. I’m okay with that.

While the solution still isn’t 100% perfect (containers sometimes don’t destroy themselves, and I still have to login for the service to autostart) it has overall been working great for me. I no longer have to worry about uuids. When I encounter an issue, I stop the container, it kills itself, and then the service starts up a fresh one. Much better.