As mentioned in my previous post, I found myself trapped on the couch, bed, or generally away from my desk when my son was born. However, I still wanted to work on projects when possible. As a result, I started grabbing my 11” iPad Pro more than ever. Using the iPad for nearly everything, I began to wonder… should I get the Magic Keyboard to go with it? 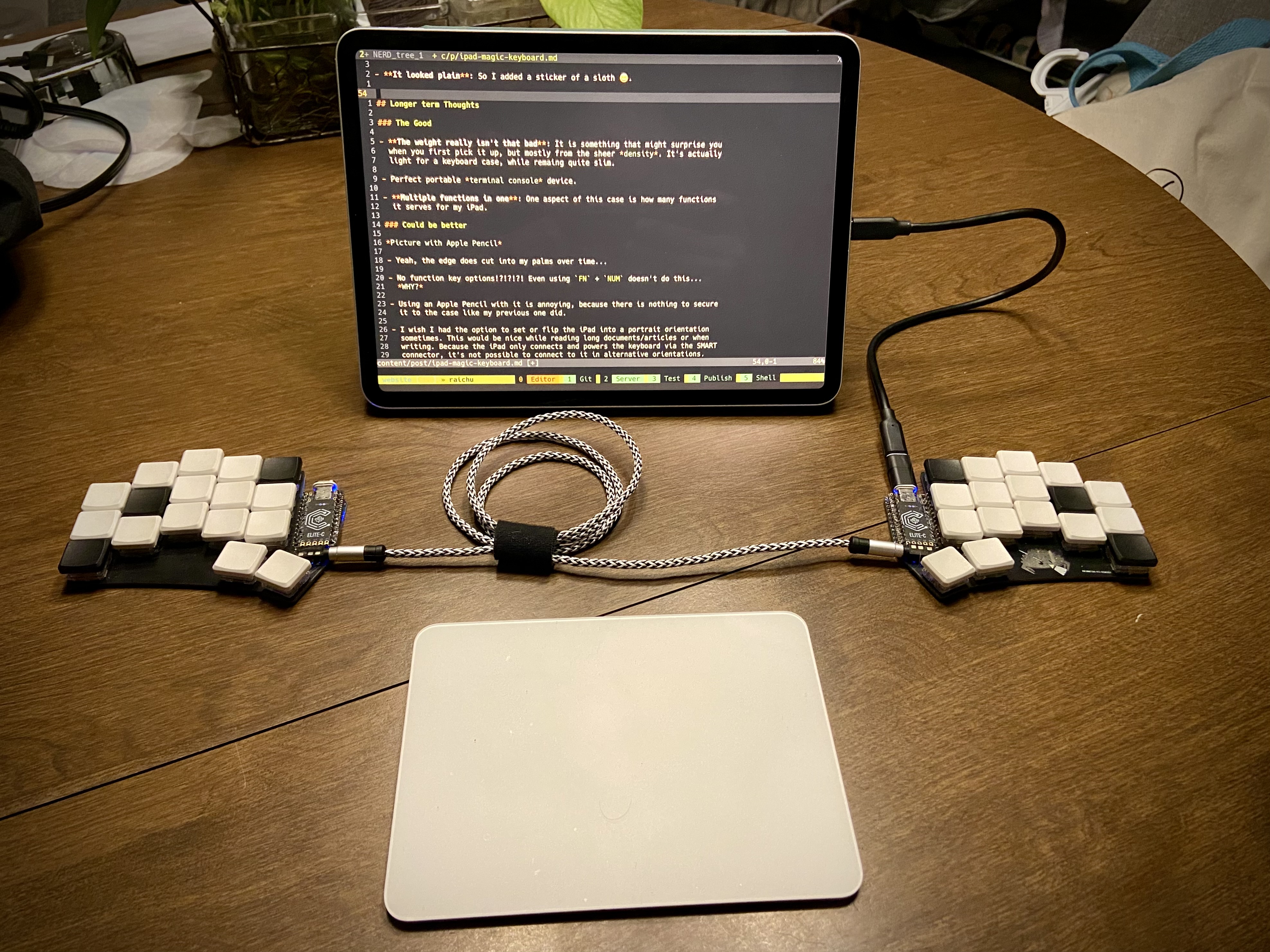 Keyboard and Trackpad setup with my old iPad case

In the past, I would sometimes use a keyboard and trackpad with the iPad, but it was clunky and not what I would call ‘portable’. I’ve always wanted a keyboard case for the iPad, but not at the expense of making it an unwieldy device.

Sitting on the couch in the middle of many nights, I conducted a bunch of research on all the various cases out there, and eventually decided on the official Apple Magic keyboard. All of the other options either didn’t have a trackpad, were massive, or just didn’t seem as well matched for my needs.

Yes, the magic keyboard is very expensive, as many reviews state. However, most reviewers also claim that despite the high cost… they love the magic keyboard. This is a ‘buy once, cry once’ item (quite common with Apple hardware). So, one night at 3 AM, in a new parent daze, I ordered one.

When the keyboard arrived several days later, I recorded a few initial thoughts during the first day or two of use:

Now that I’ve been using the iPad with the magic keyboard for several months, here are some refined thoughts.

The floating hinge makes it very easy to pop the iPad off the case for reading.

The ‘Could Be Better’

The ability to connect the iPad in portrait orientation would be nice.

I love the magic keyboard case and am so happy I took the plunge and bought it. It has transformed my iPad from a video and reading consumption device, to a portable, productivity, powerhouse. I can do all of my portable computing with the iPad now, and it has filled the role that my netbooks and other portable laptops did in the past. All of this, while remaining a perfect tablet for reading and watching videos.