As discussed in my previous post, I decided to trade-in my 2019 16” MacBook Pro and replace it with a new 2020 M1 MacBook Air. So far, I think making the swap was a terrific idea. Here are my initial thoughts…

Background (what I ordered) 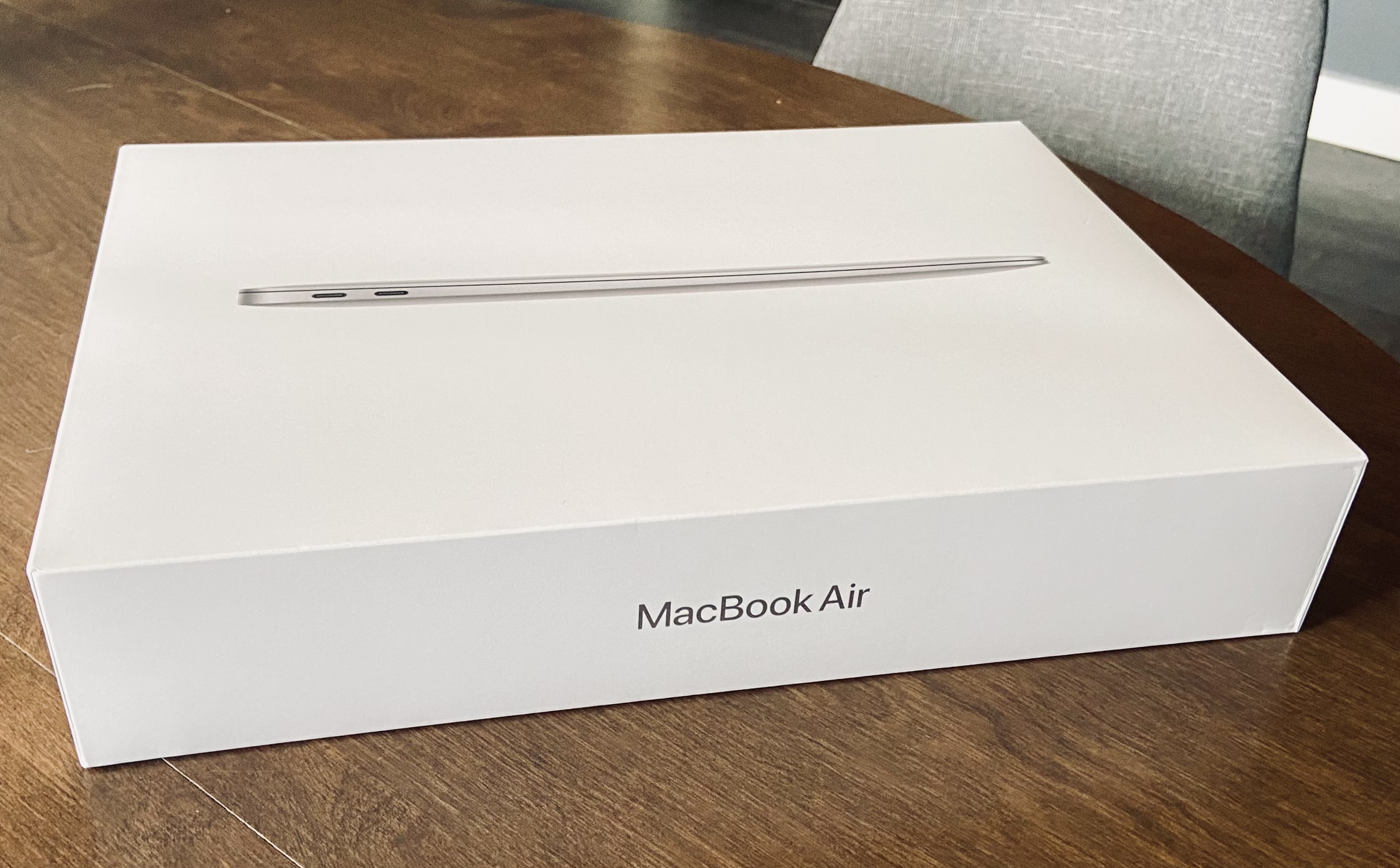 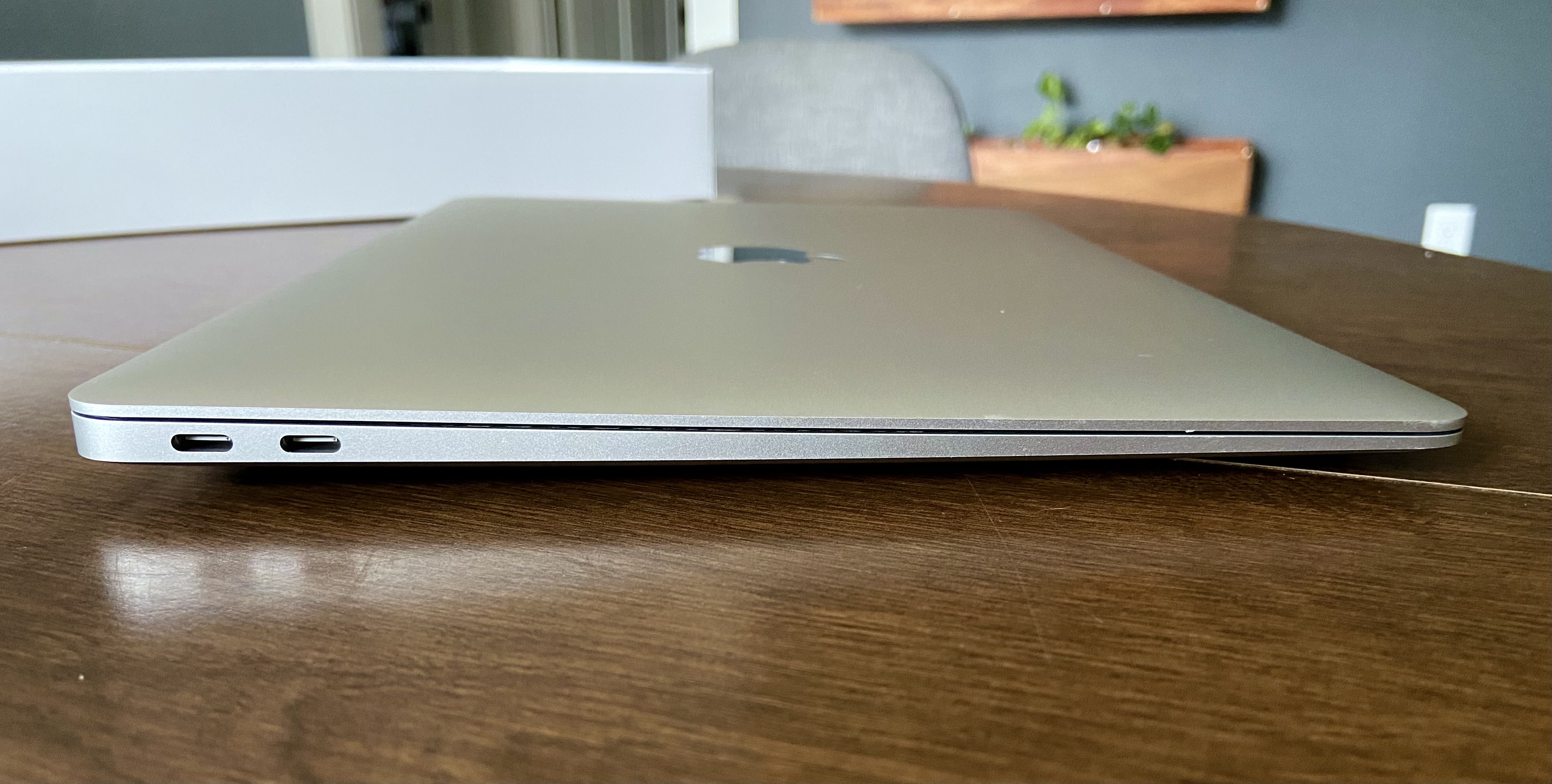 Side of the MacBook Air

First, lets start with the good. There is a lot to say here, but these are my main thoughts:

The instant wake is nicer than I thought it would be
New tabs in my terminal lagged for some reason on the MBP. Not on the Air.

What Could be Better 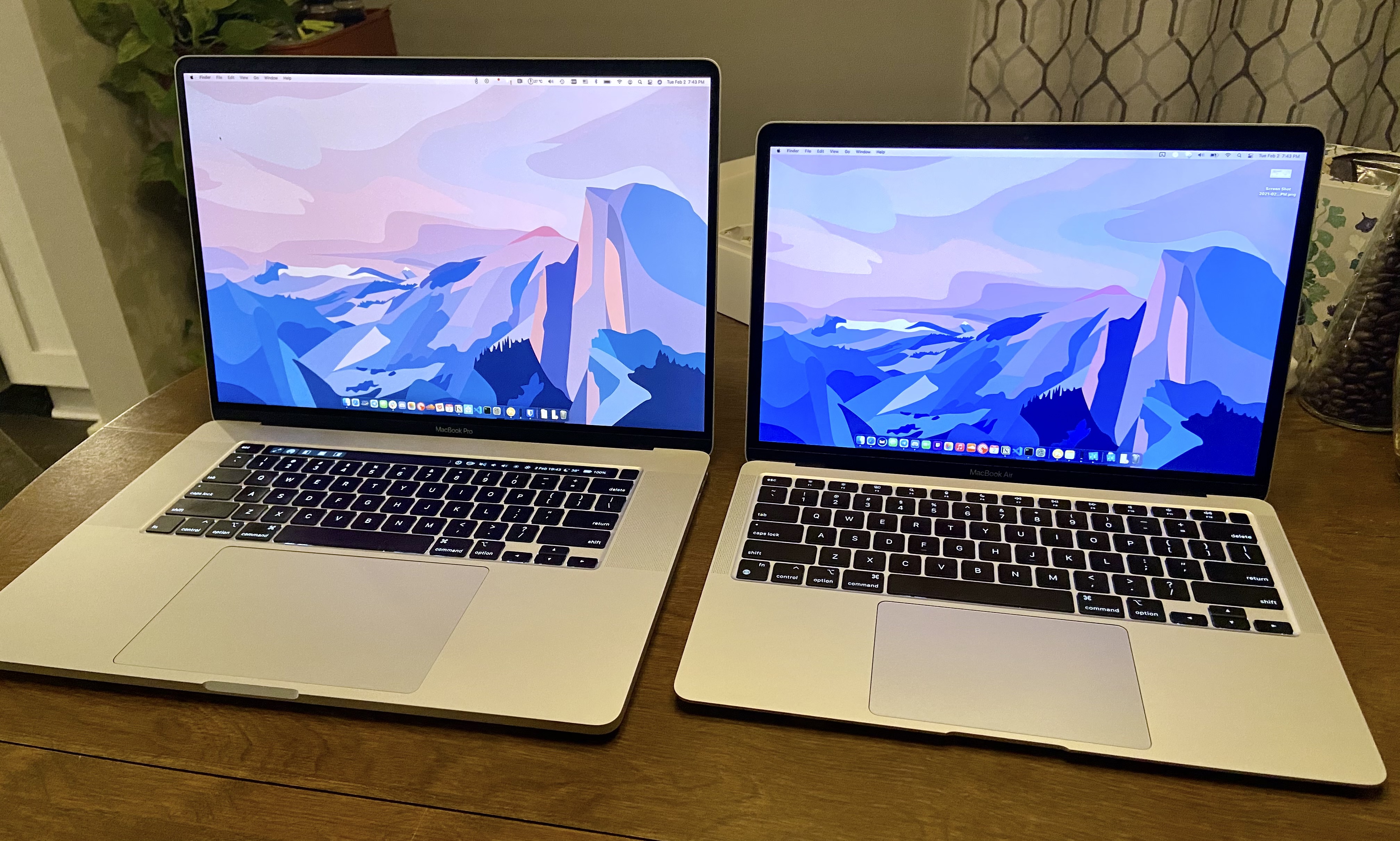 The Air has thicker bezels compared to my old 16” MacBook Pro. 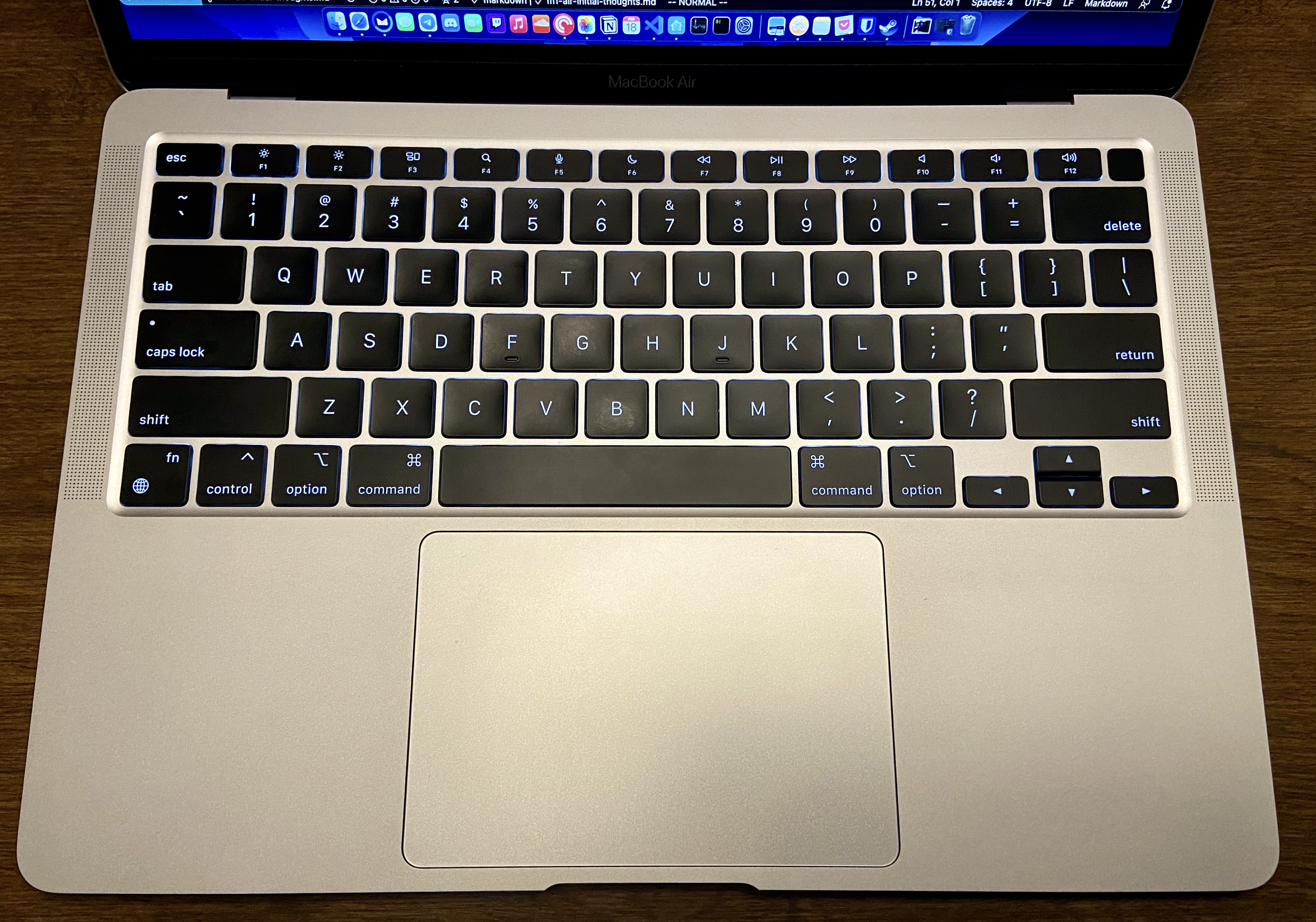 The MacBook Air does not have a touchbar

There were a few things that were neither good nor bad, just different coming from an Intel 16” MBP: 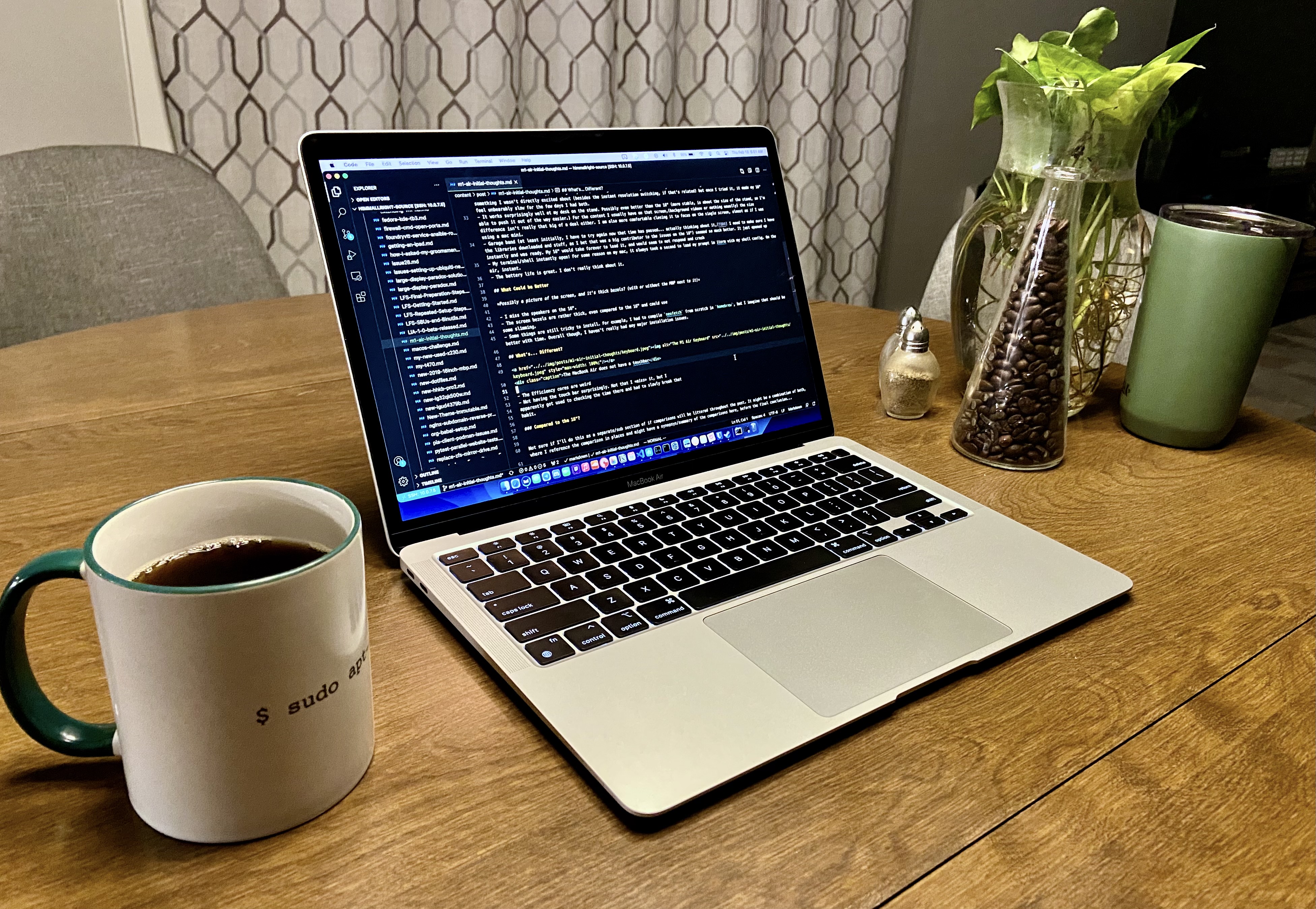 The MacBook Air with my coffee

This laptop has been remarkable. It reminds me of some of my previous portable laptops, like the x230 thinkpad and my x201e. That is a good thing. I loved both of those computers and their ability to be thrown in a bag on the go. It is a setup that pairs nicely with a powerful workstation, which I currently have. While the air has about the same footprint as both of those previous laptops, it is thinner, lighter, has more screen space, and is magnitudes more powerful. I can’t complain with that.