In my previous post, I mentioned that I had purchased a new 2019 16” Macbook Pro by the end of my macOS challenge. I have had the laptop for over a month now, but I made sure to take notes on some of my initial thoughts during the first few days. Here are those thoughts.

But first, a word from our sponsor!… Just kidding. However, I do want to take a minute to talk about how I selected my first macbook.

While completing the macOS challenge, I decided I wanted to buy a macbook for personal use. However, I wanted to hold out and wait to hear if the rumors of a new scissor-switch macbook pro were true, or if I should be considering a used 2015 Macbook Pro on eBay. Fortunately, the rumor turned to fact, and Apple released the new 16” Macbook Pro. This news coupled with a $300-off, Thanksgiving (US) sale, meant that I had a new macbook shipping to me the first week of December.

The Base Model Specs 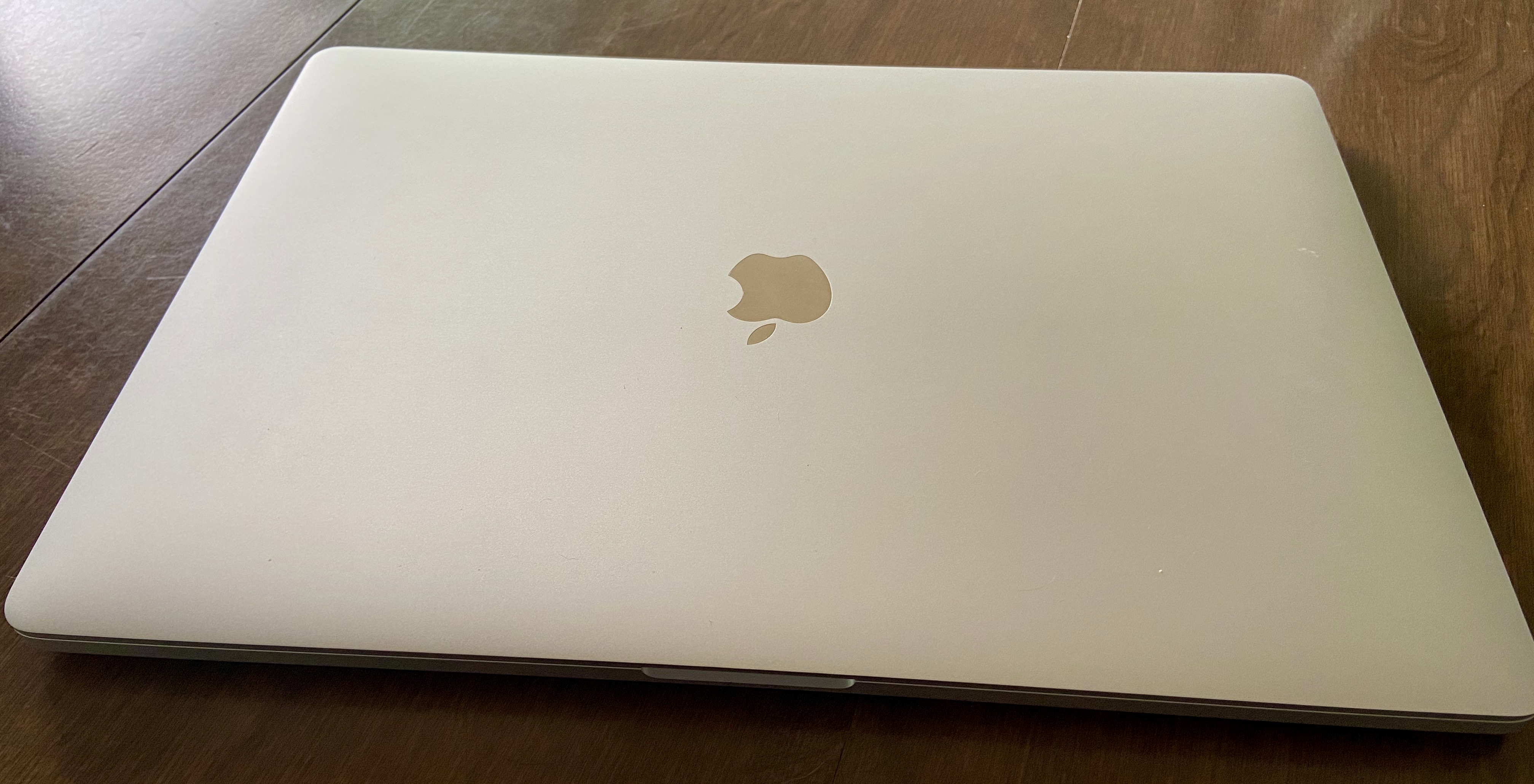 16” Macbook Pro closed on the table

I chose the base-spec MBP (the cheapest one) for several reasons. First, it saved me a bunch of money because 1) Apple upgrades tend to be expensive, and 2) the base models can be found on sale more easily.

Additionally, the “low-end” base model specs of the 16” Macbook Pro were increased to include 16 GB of RAM, and a 512GB SSD. This meant that it already had everything I would normally need to upgrade. So, the specs:

In a perfect world, I might have wanted 32 GB of RAM. But if I think about it, I mostly need RAM to run clusters of VMs… which I do on Linux workstation/servers… not my laptop. So 16GB should be plenty for the needs of this machine.

Okay, now lets get to my initial thoughts. Remember, these are the (reformatted) notes I took within about a day or so of receiving the Macbook. 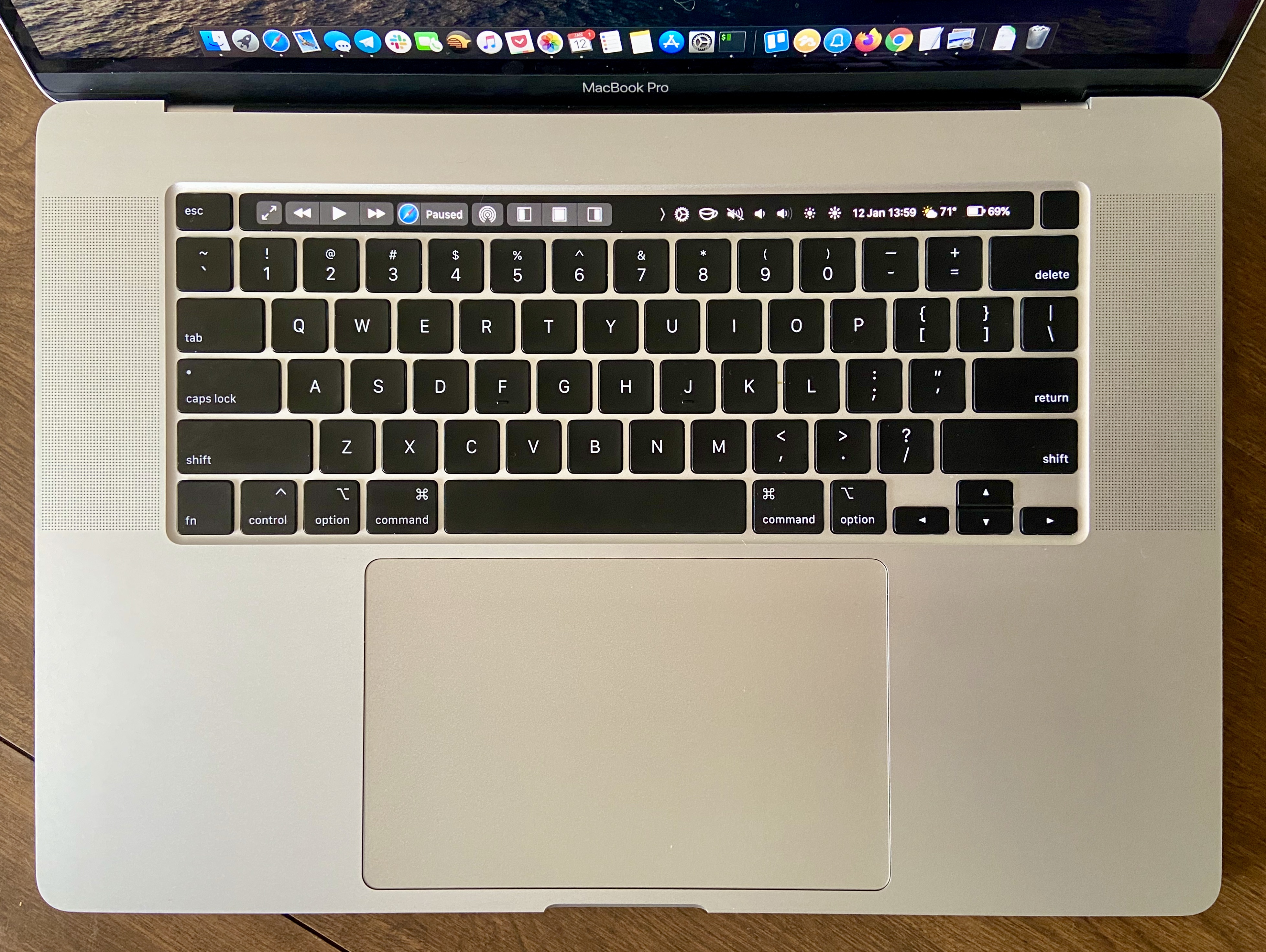 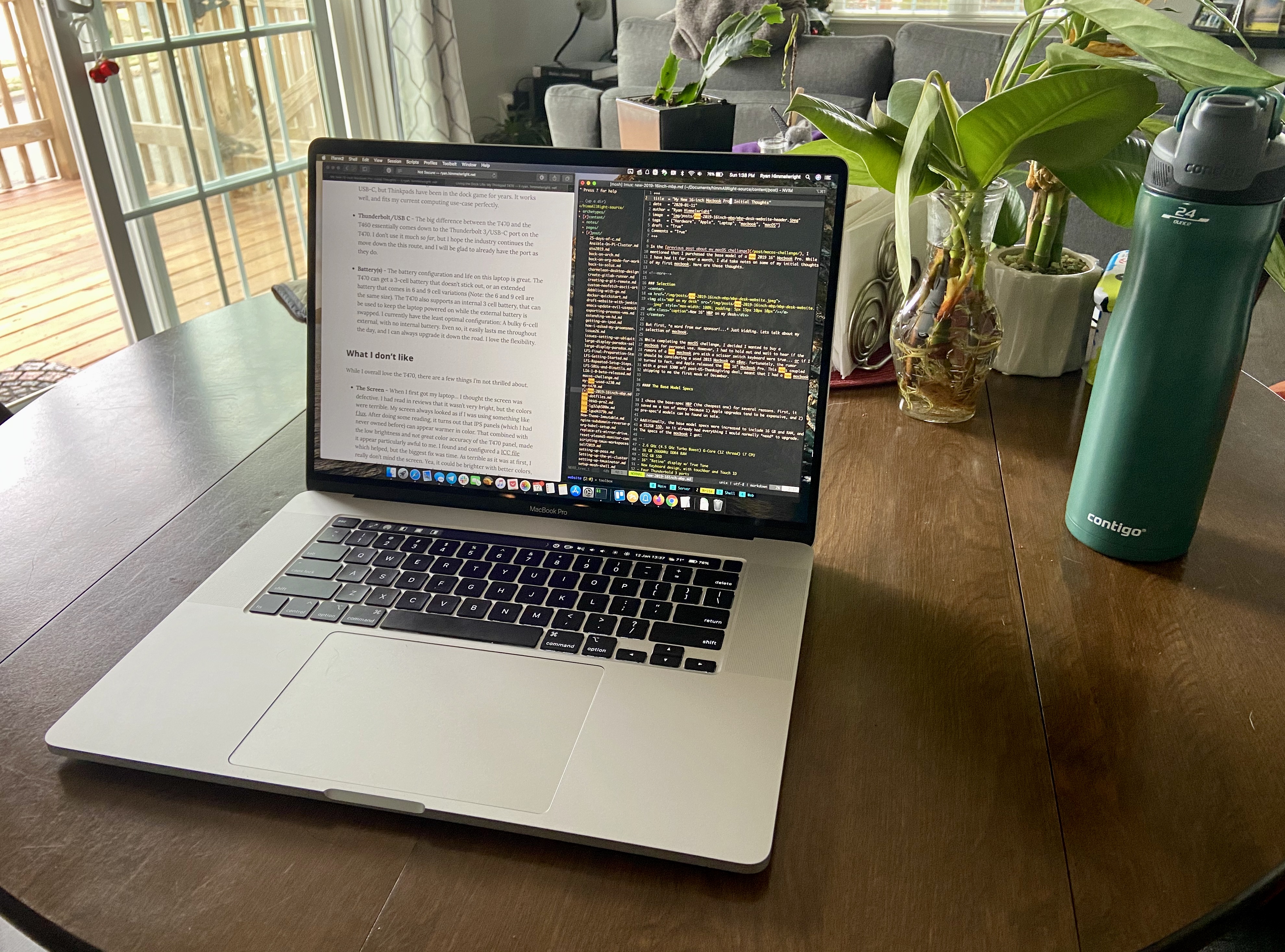 In conclusion, I love this laptop. It is powerful enough to do everything I need, and I think Apple has done a great job addressing the complaints users have had with Macbooks over the last few years. Considering the speaker, microphone, keyboard, and screen upgrades this is an amazing portable workstation. As much as I love having a full desk setup, the “built-in periphery devices” on this laptop are so good, I really don’t mind working straight from the laptop. Which coming from me, is saying something.