I have used many operating systems on my computers over the years, including decades worth of Windows versions, tons of Linux distros, several BSDs, iOS, Android, and even chromeOS. While I am familiar with using macOS (I often used the school Macs in college, and my wife had a Macbook Air throughout medical school), it is the one OS I have never tried as my personal daily driver. After switching to an iPhone and getting an iPad this year… I decided to give macOS a spin.

(Fun fact: I first learned about Linux while attempting to Hackintosh my laptop in high school.)

Using a mac as the interface device during my personal computing, for 30 days.

Here, “interface computer” means the device that I sit at and interact with. For example, I might be sitting at macOS and using it for my web browsing and music, but working on a project on my linux workstation via a mosh/tmux session in iTerm. I can use remote Linux computers as much as I please, but should connect to them through macOS.

One thing to note is that I still used Desktop Linux as my “interfacing computer” for work.

At home, I don’t mind iOS and macOS teaming up to make my “normal person” computing (web browsing, video chatting, emails, and online courses) easier. I still deeply care about working with Linux at home, but exclusively on the backend. So having the front end get out of the way, and not tempt me with the ability to fine-tune it, is a good thing (for me, currently).

(While I’ve slowed down distro hopping the last few years,… I have still been swapping my desktop environment every other month).

Right now, I am really only interested in using macOS for my personal computing. At work, I don’t need my computer to be in step with my personal phone and/or ipad. In fact, I like having that barrier there. Also, Linux works REALLY well for the work I do, especially when it comes to running VMs (I love libvirt). So, there currently isn’t a reason (or even a desire) to switch there.

Side Note: I actually wouldn’t even consider this challenge if I didn’t get to use Linux so much at work every day, or if I didn’t have my Linux desktop/workstation at home. I already ssh into my desktop to work from my other devices. In fact, I technically remote into my desktop even when I’m working at it, since I do everything in a container.

Now that I’ve spent a few weeks in macOS, lets break down some observations I had. 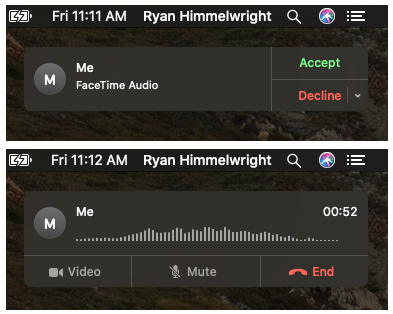 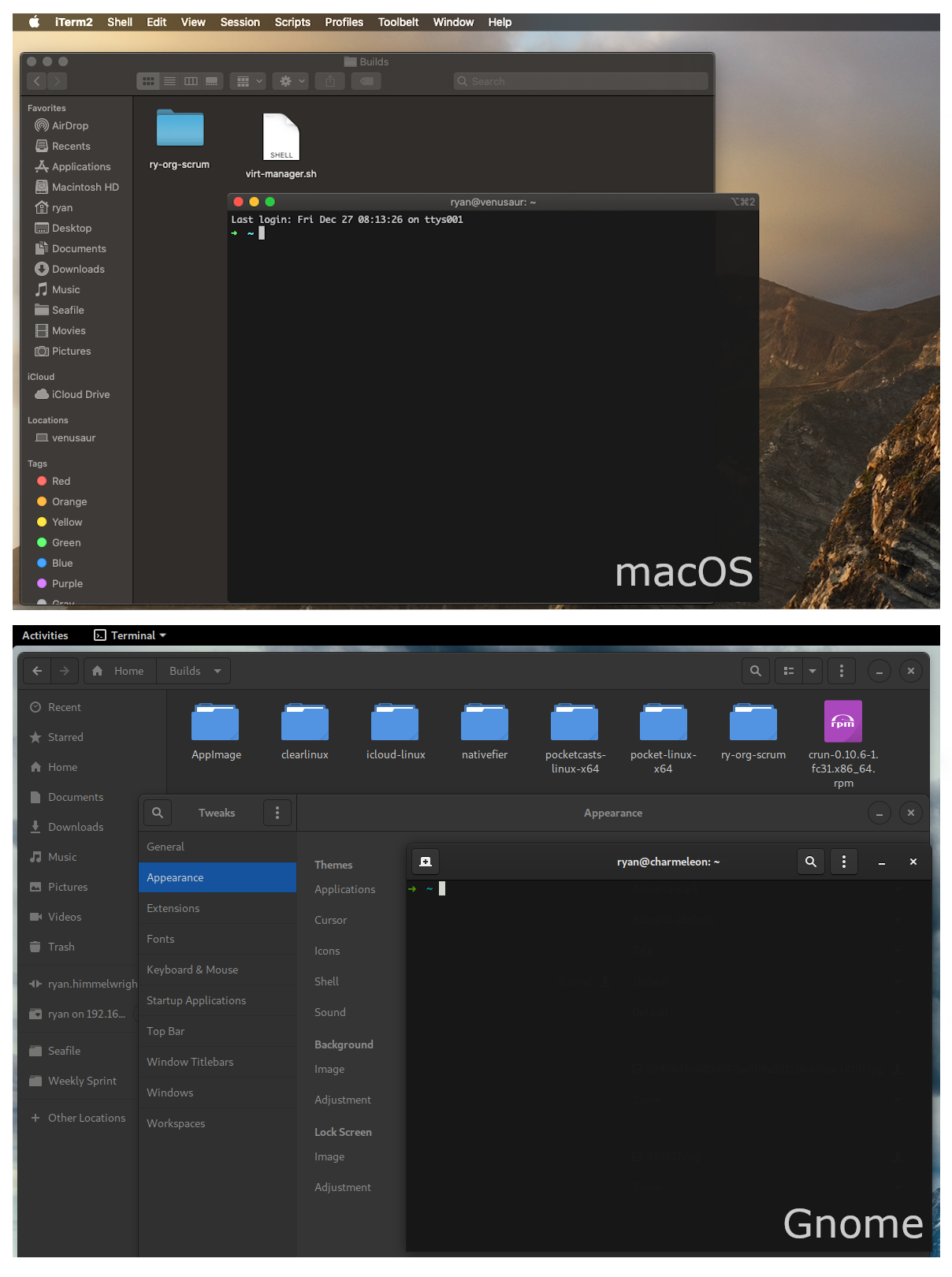 I find macOS to be much more space efficient than Gnome

Overall, I’d say this challenge was a success. In fact, it was so successfull, that I’m actually writing up this post on a new base model 16” MacBook Pro (but more on that at another time).

[ Well, I’m really writing it on my desktop, but from the macbook pro ;) ]

My plan is to use macOS and my iOS devices to handle my interactive/client computing. I’ve enjoyed having my apple devices take care of all my “normal” person computer needs over the last few weeks. It has allowed me to finish up required, but mundane tasks easily and efficiently, so I can better focus when diving into iTerm to work on complicated Linux server projects.

While I do have some reservations about this plan (mostly that my desktop Linux skills will fade, and that I’ll loose respect in the Linux community), I don’t think it should be too much of an issue. At the end of the day, it is most important that I am able to spend my limited time learning and building in the areas I want to focus on, which is back-end, rather than front-end Linux. I want to love all technology, and be able to help people find the best solution to their problems, no matter what they use. Maybe one day the OS flame wars will die down and we can all just get along and build cool shit together.. Till then, wish me luck!