Over the past few years (particularly after moving to the T470 as my main device), I have been anticipating what my next desktop workstation build will look like. For a period of time, I was convinced that I would build a muti-socket, used xeon build. Then, in 2017 AMD released their Ryzen series CPUs… 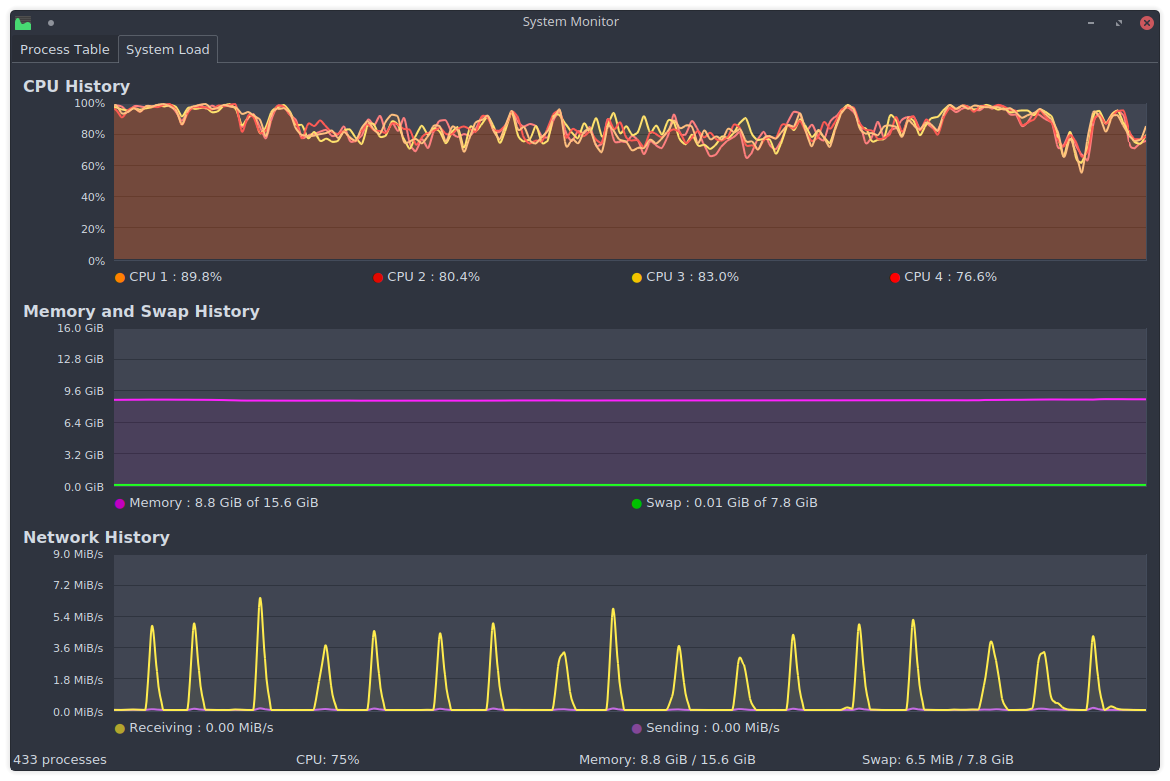 My laptops have served the majority of my needs these last few years, but I have been feeling a bit restricted when trying to do more demanding workloads. While I still side with a “use low-powered, portable computers, and remote into more powerful ones when needed” mentality, I enjoy having one of those power computers being my physical, main workstation desktop.

While building a new workstation may be fun, I have particular goals I want it to achieve. Additionally, it seems like 98% of online build guides are for designing gaming desktops… which is not exactly what I want. So, the features I wanted in my build, likely deviate from much of the suggested guidance found online, which tends to focus entirely on gaming performance (more FPS). Here is the breakdown of what I was looking for:

I tend to have workloads that benefit from multiple cores (and threads). For example, I run a bunch of virtual machines, often at the same time. While my server’s 4 core Xeon handles day to day VMs just fine, it is nice to have a workstation with several cores to spin up a virtualized cluster across. Beyond VMs, I compile code, compress/decompress file packages, and occasionally encode audio/video files. These are all tasks that love having many threads at their disposal.

When running VMs, the amount of available RAM is usually more limiting than the number of cpu cores. For example, when running 6 VM’s, my server’s 4-core Xeon will typically be 15-35% utilized, whereas it’s 20GB of RAM is nearly full. If I want more cores, I should supplement it with lots of RAM. In addition… I use electron apps (Slack, Spotify, etc.) and modern web browsers… so yea…. more RAM.

Being a Ryzen build, the RAM also needs to be fast. More than other CPU architectures, Ryzen CPUs actually run better with faster RAM.

This main goal of this build is for it to be a multi-tasking beast. If I am running several VMs and a bunch of applications, utilizing a stack of fast RAM to move data around… I need good fast storage with MOAR IOPs to support of these operations, which will all be competing for disk access. While I wouldn’t mind having space to eventually throw in a pair 3.5” rust drives to configure as a ZFS data pool, the goal for the initial primary drive of this machine is the most IOPs I can afford. So, I ideally want a m.2 NVMe SSD, but need a normal 2.5” SATA SSD at the very least.

While it doesn’t have to be a gaming machine… I would like to be able to play the occasional game. I don’t mind playing games with lower graphic settings on my laptops, but I do mind that even with the lower settings, the CPUs nearly max out, which spikes up the temperature. Increased graphics performance would also better support my large monitor. A discrete graphics card would be nice, ideally an AMD one due to their recent work on improving their open source drivers.

Most importantly, I want this computer to be a solid base that I can upgrade over the next several years. Upgradability is hands-down the main advantage of switching to a desktop over a laptop for my main rig. I want this build designed so that as my needs grow, I can easily max out the RAM, add storage, or upgrade the CPU and/or GPU. 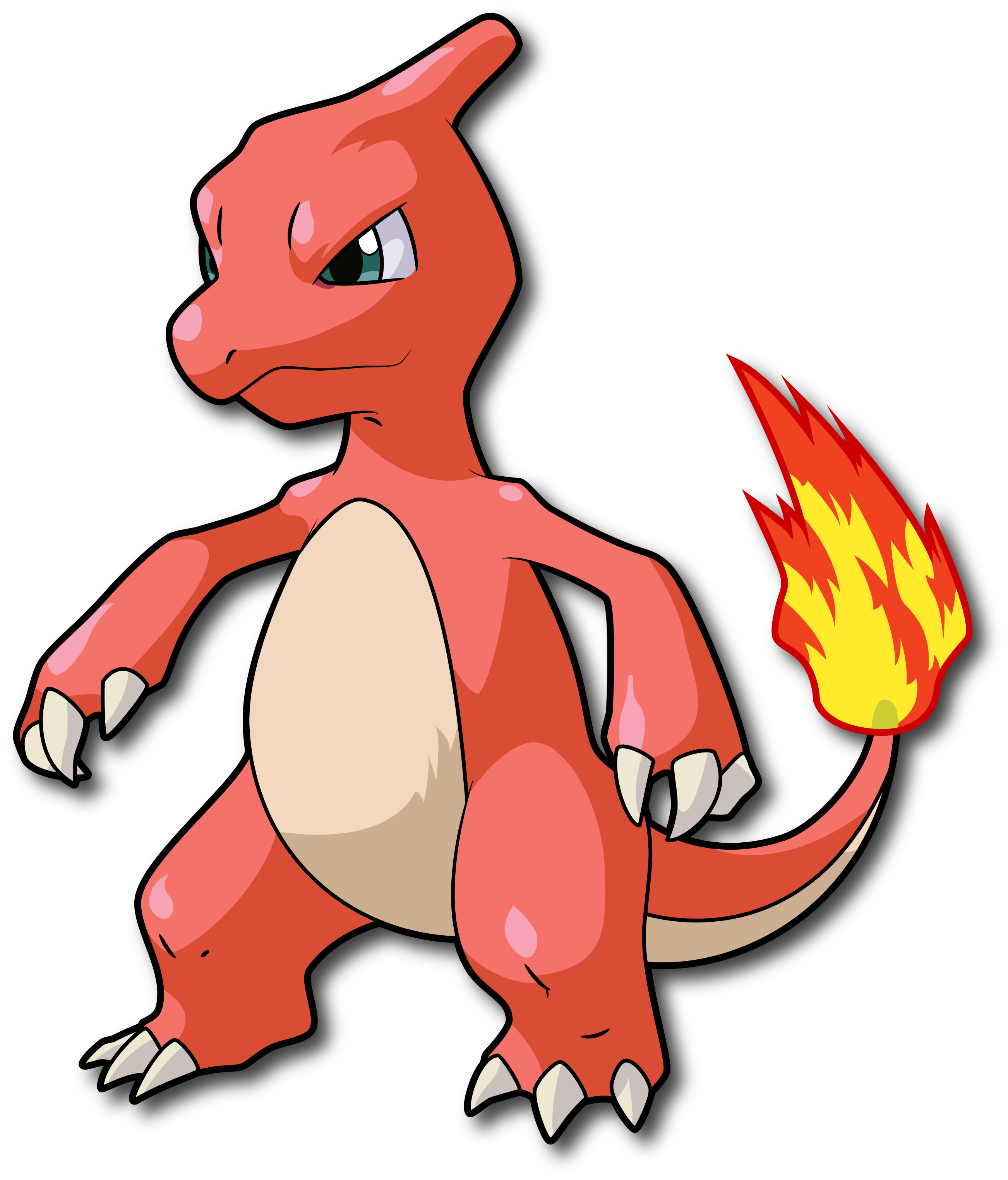 After spending weeks researching all the parts on the market and building probably 50 theoretical builds, I eventually settled on my final part list.

Since my last desktop build was named “Charmander”, I figured “Charmeleon” was fitting. Also, I’m then free to rename it to “Charzard” in the future if I evolve the build to a next-generation Ryzen 7… 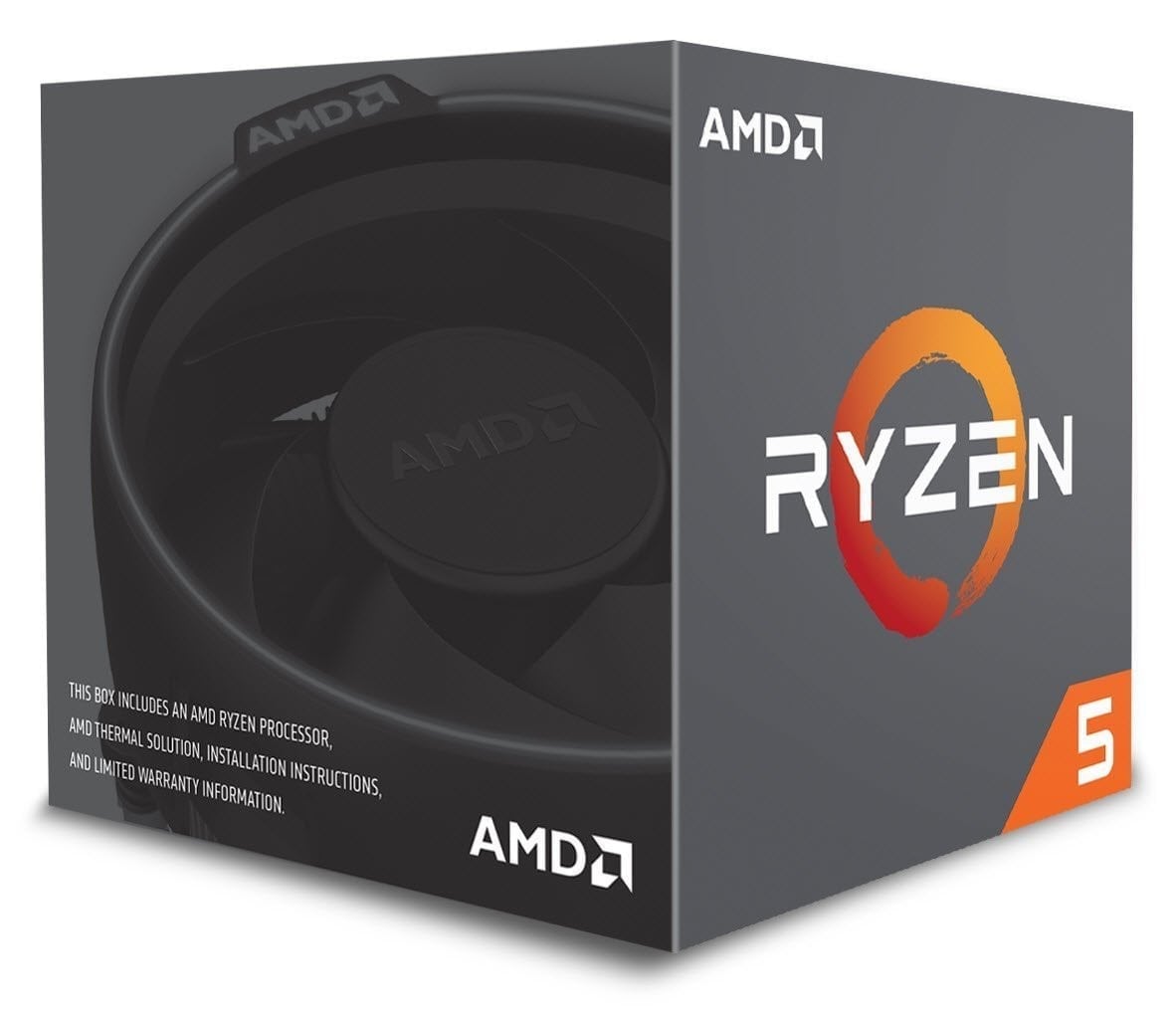 While I initially wanted a Ryzen 2700, it pushed the build out of budget. Coming from a 4 core/4 thread system… it’s likely that I don’t need 8 cores/16 threads right off the bat. Honestly, 4 cores/8 threads would be a noticeable improvement from what I’ve been using… which is why I first considered the Ryzen 5 2400g. I planned to start with the 2400g and upgrade to the 2700 and a GPU once I had more cash. However, someone on the level1tech forums reminded me that the 2600 was the same price as the 2400g, and I could get that plus a GPU for not much more cost (considering I don’t need an expensive GPU). After thinking it over, I realized that was my best option, and should actually fit my needs for quite awhile. 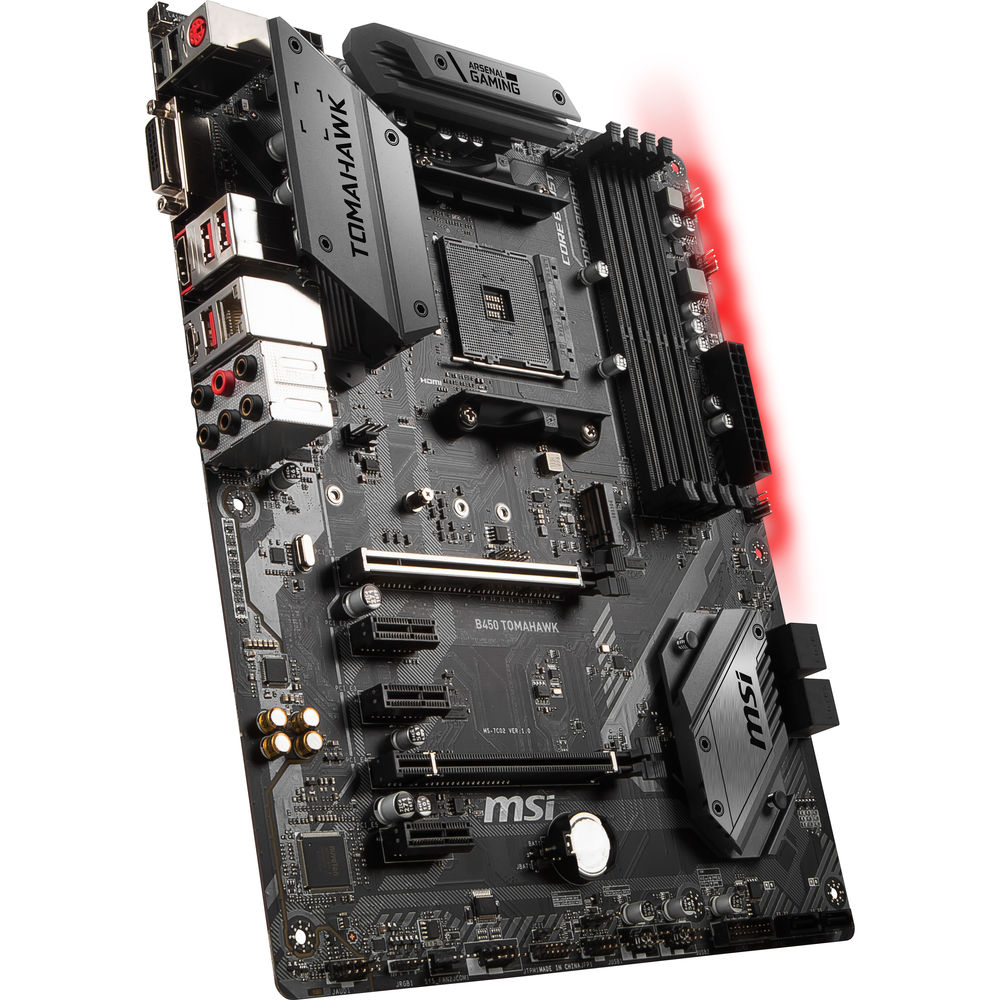 I had selected the MSI B450 Tomahawk after Wendell reviewed it. Several other reviews confirmed that it was a solid board, especially for the price. When I was considering the 2400g, I had to switch to the MSI B450 Gaming Pro Carbon AC, because the Tomahawk didn’t have a display output that the integrated graphics could properly use with my UHD monitor’s resolution (I need a display port). When I switched to the 2600, I was able to go back to the TOMAHAWK, and funnel the cost savings towards getting my GPU. 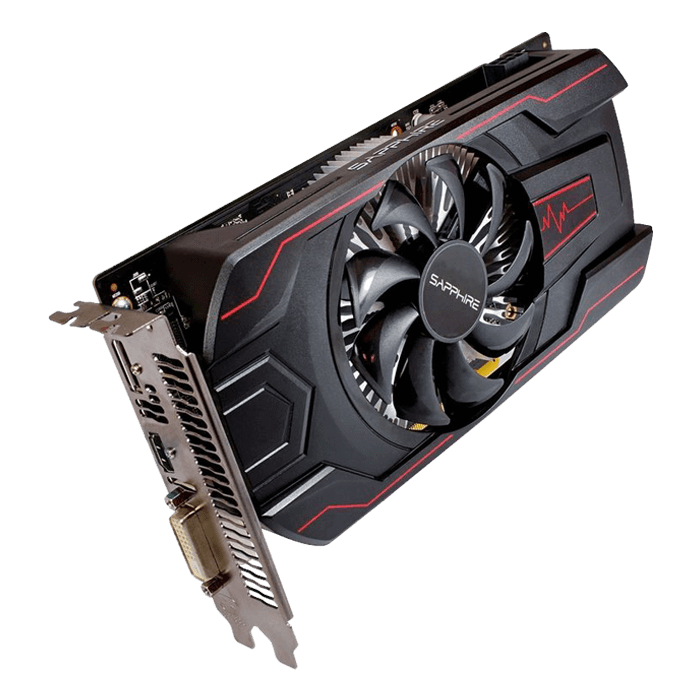 As discussed above, I don’t need a killer GPU as I don’t play very demanding games. However, I did want something that could perform at least a little bit. So, I picked the rx560 over the rx550. At first I planned to get something like a rx580, which I still might eventually do… but I don’t think I will need to for a long time. 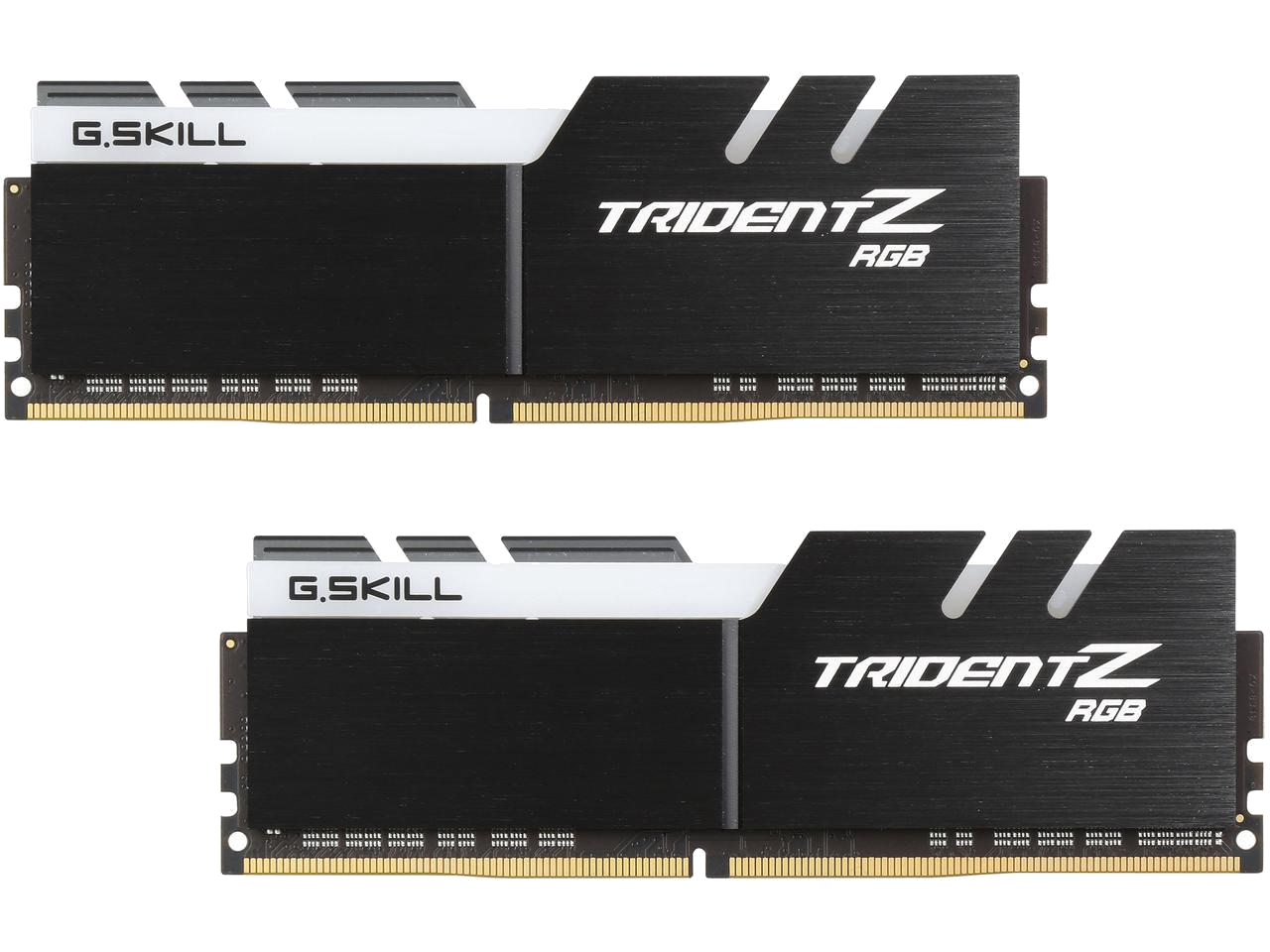 I wanted to start out with 32GB of RAM, with the ability to easily upgrade to 64GB down the road. This meant that I needed a 2x16GB pack. Additionally, I needed the RAM to be fast, but still not overpriced. Some research showed that at least right now, 3200Mhz seems to be the sweet spot, especially for my particular motherboard. I originally picked another kit, but the reviews for it weren’t great, so I switched to the G.Skill kit for only a few dollars more, but with much better reviews. I also briefly searched for kits with tighter timings, but they were way more expensive and not worth it. 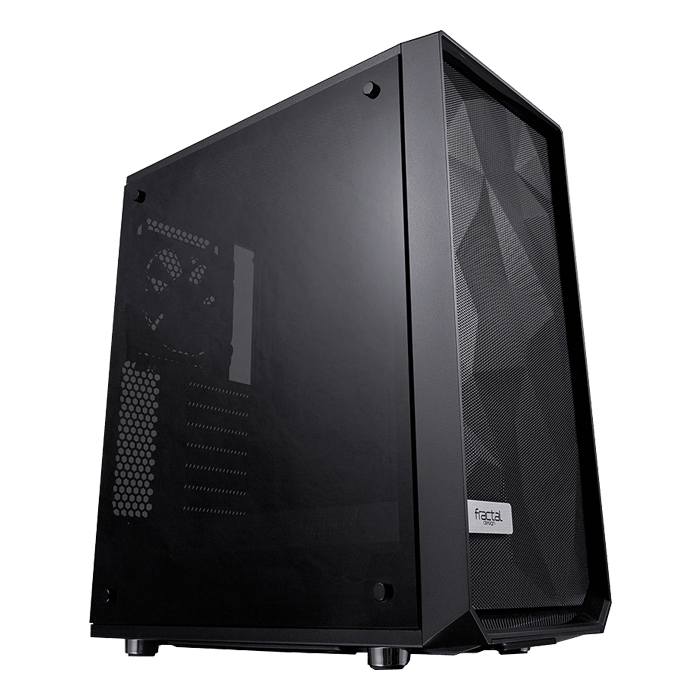 I wanted a case that was sturdy, sleek, but not too flashy or expensive. During my search, the Fractal Design cases kept catching eye. Eventually, I found the Meshify C TG Dark, which seemed to be universally loved by reviewers. Additionally, it appeared to have good thermals, which I liked. This was my easiest part to pick. 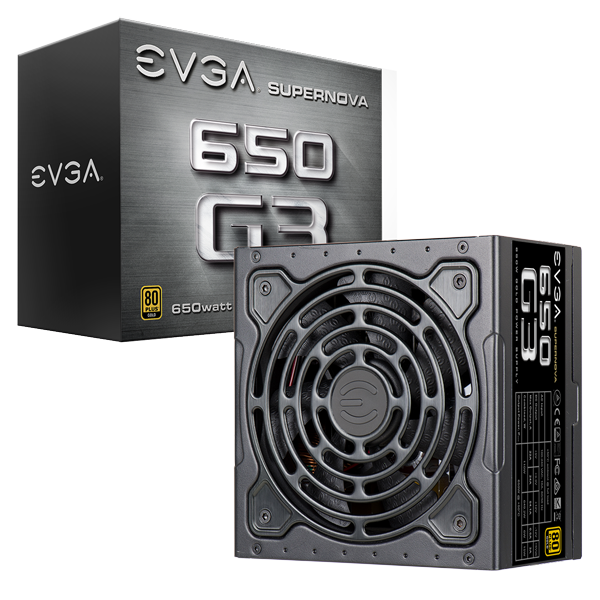 For the power supply, I wanted one that was at least gold rated, and fully modular. So I searched for the highest rated PSUs fitting those requirements… and SuperNova popped up all over the place. At first I picked a 550w model, but upped to the 650w at the last minute because it was about the same price and gives me a little more room as I upgrade.

So after months of planing and research, my desktop parts have all been ordered. Hopefully, it meets the goals I set out to solve, and I will be able to upgrade it over the next few years