A few years ago, I purchased my first iPad, a 10.5” iPad Pro. I use it just about every day. With the release of the newest 2021 iPad Pro, I decided it was finally time to trade mine in for an upgrade. Here’s why.

When I got my 10.5” iPad Pro, the 2018 11” iPad Pro had already been released. At the time, I didn’t think the extra features justified the increased price of the new iPad. The discount price on the old pro was more appealing to me. I was already upselling myself, after originally looking into the base (non-pro) iPad, so the discounted 10.5” seemed like a good compromise between features and price.

The 10.5” pro was a good starting point for my first iPad. It was a great device, but not too over the top in case I ended up not using it much. If I did use it, I could always upgrade/swap it out in the future.

After having my ipad for several months, I started to understand how the improved features of the 2018 pro could be nice to have. In particular, the USB-C port, smaller bezels, and FaceID were all very appealing to me. Still, my 10.5” suited my needs just fine. I did decide though that I would likely upgrade my iPad sometime in the future. I enjoyed having it.

Which brings me to the one thing I did want to add to my iPad: the Apple Pencil. Being able to hand draw is a special feature unique to tablet computers that I cannot easily reproduce on my other devices. It’s a foundational reason to even consider owning a tablet. Additionally, in the years since I purchased my iPad, new iPadOS releases have started to polish the use of the ‘magic’ pencil with the iPad.

Unfortunately, my 10.5” ipad only supported the 1st generation Apple Pencil. Knowing that I would eventually upgrade my iPad, I didn’t want to buy an old pencil, only to have to also replace it when I upgraded. So, I decided to wait to get the Pencil until it was time to upgrade my device. Now feels like a good time. 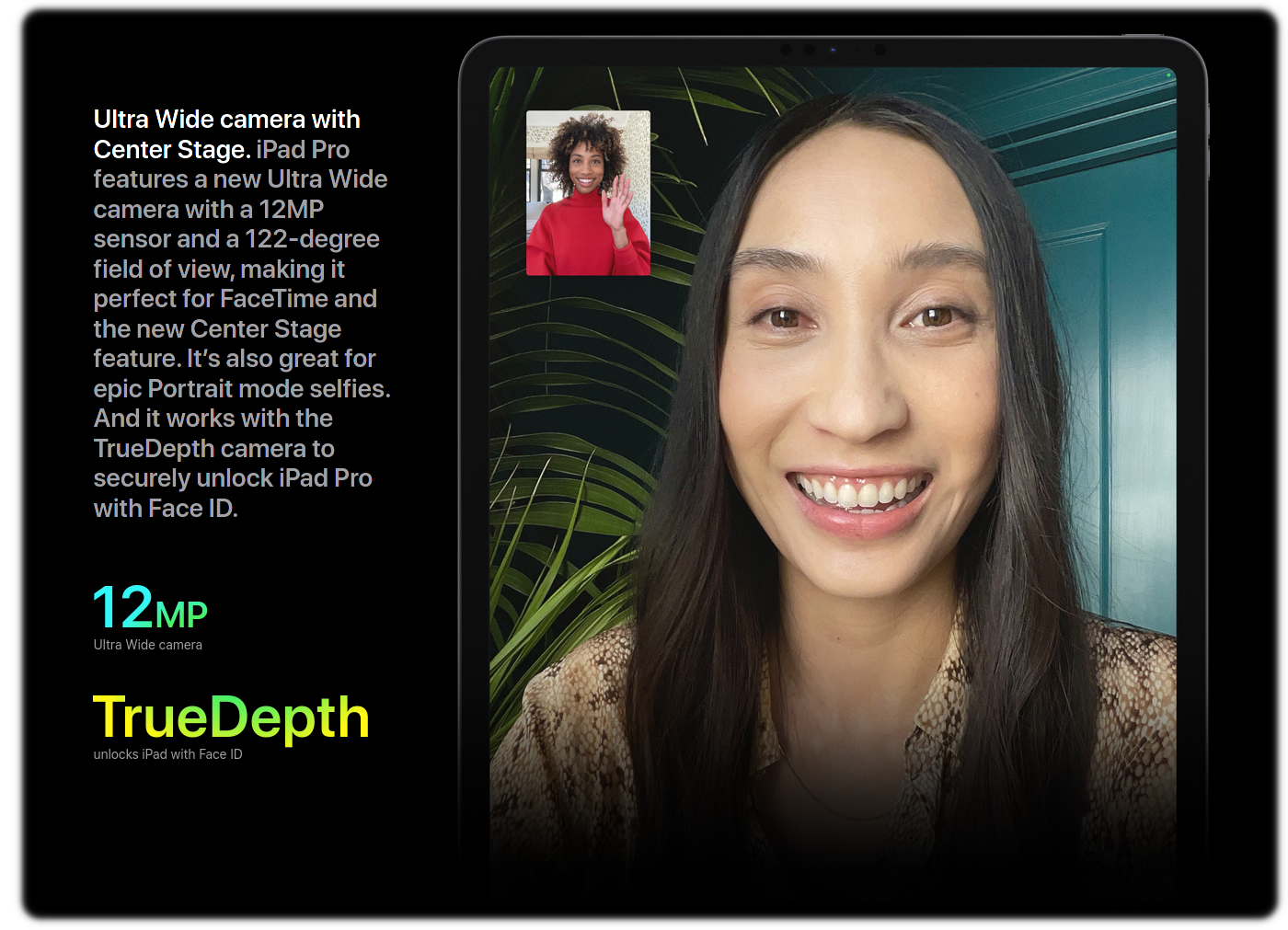 The 2021 iPad Pro includes a ultra wide front camera, to use with the new center stage feature

There are a few factors that pushed me to upgrade to this generation of the iPad Pro. First, I can still get a decent trade-in value for it. Considering it’s been about 4 years since the 10.5” model was released, I’m not sure how long that value last with my iPad. Second, if I want to trade it in with Apple (and I do, it’s probably the easiest method), I am limited to spending the credit value in their store. While I could try to get a refurbished device, there hasn’t been many used iPad Pros in stock since the pandemic started. So the latest model is my best bet.

Beyond ease of trade-in, there are a few new features in this latest generation that I am interested in: 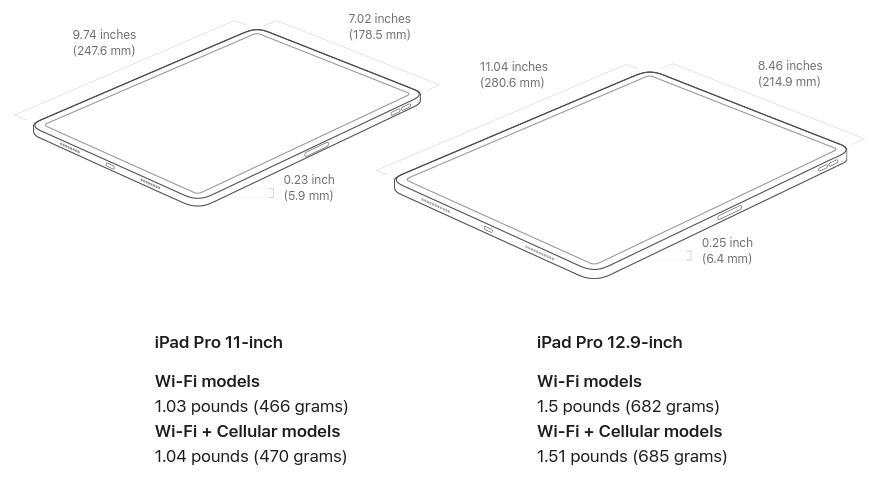 Whenever I would think about upgrading my iPad Pro, I always figured I would switch to a 12.9” version. So why then have I instead opted for the 11” when the 12.9” is clearly the more exciting option this year, having the new “Liquid Retina XDR” display? Well, as much as I’d enjoy seeing that new display, that price bump makes it a bit more unreasonable for a feature I truly do not need. I don’t do any visual work, and the display on the 11” Pro is more than enough for anything I need.

The real reason for the 11”, is that I now have a great portable laptop. I was previously looking at the bigger ipad to be my travel/portable device, but now that I have an m1 air, a 12.9” ipad with a keyboard would actually weigh more. I want my ipad to be more portable than my mac. As a bonus, if the combined size and weight remains low, it’s easy enough to travel with both devices. For reference, a 11” iPad Pro (without a case) and my macbook Air have a combined weight of only 3.6 lbs, whereas my previous 16” Macbook Pro alone weighed 4.3lbs! I would like to keep this portability.

Why not the new iPad Air? 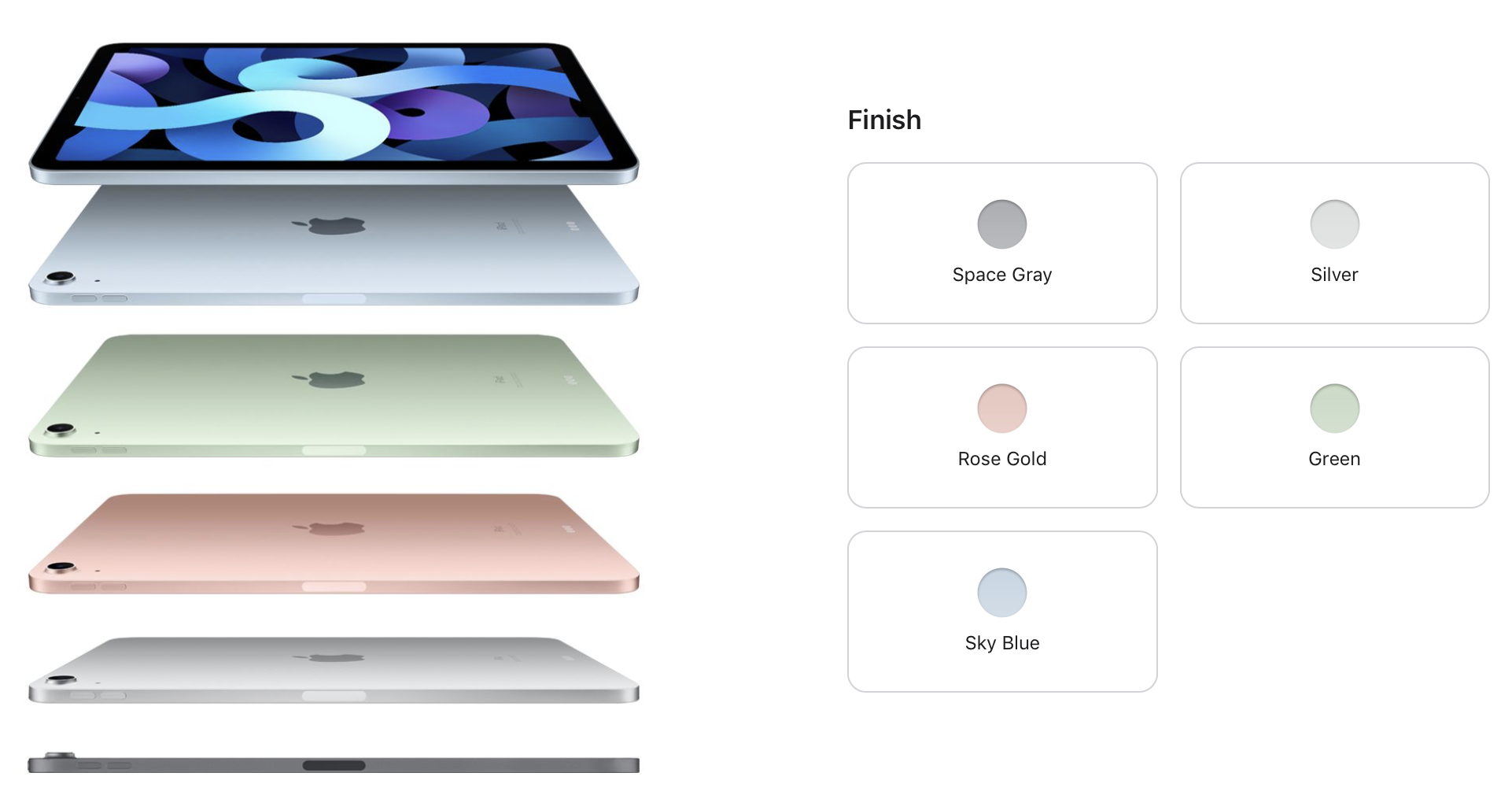 Lastly, if I am contemplating getting the 11” iPad Pro, why not consider the 2020 iPad Air? I struggled with this decision for awhile, particularly before the latest generation pro was announced. In general, I think the air would be fine and meet all of my needs. The reality is that both of these devices are currently overkill for most iPad tasks. With that said… I think the additional features of the 2021 pro are actually worth the $200 difference (in my case). Here are a few of those feature differences, and my justification for the pro:

There you go. Those were most of my reasons for why I concluded to finally trade in my 10.5” iPad Pro, for a new 11” model. I have ordered the 2021 11” iPad Pro (in silver), along with an Apple Pencil 2, and selected to trade in my old one with the purchase. Now, all I can do is wait for it to ship. It’s been stuck processing for over a week, but could arrive as early as two days ago 😐. Hopefully it ships soon…