A few months ago, I set out to finally clean up and organize my music library. My goal was to get rid of all the random files, and ensure that every item was properly tagged so that it would accurately self-organize in the music players I use. This would not have been possible without the open source tool, kid3.

In order to clean up my music library, I needed a method to edit the metadata tags of the files. Music applications use these tags to grab information about a song. For example, a song’s title, artist, album name, and release year are all contained in the a music file’s tags. Using this information, the music player is able to organize and sort the music by artist, album, year, genre, or by any other bit of data it knows.

In the past, I used a tool called easytag to edit the metadata of my files. However, after not being able to initially find it (I had the wrong name 😆), I started to look for a new tool. I needed something easy to use, as I did not want to waste a bunch of time learning a complicated new tool. After very little searching, I found kid3. 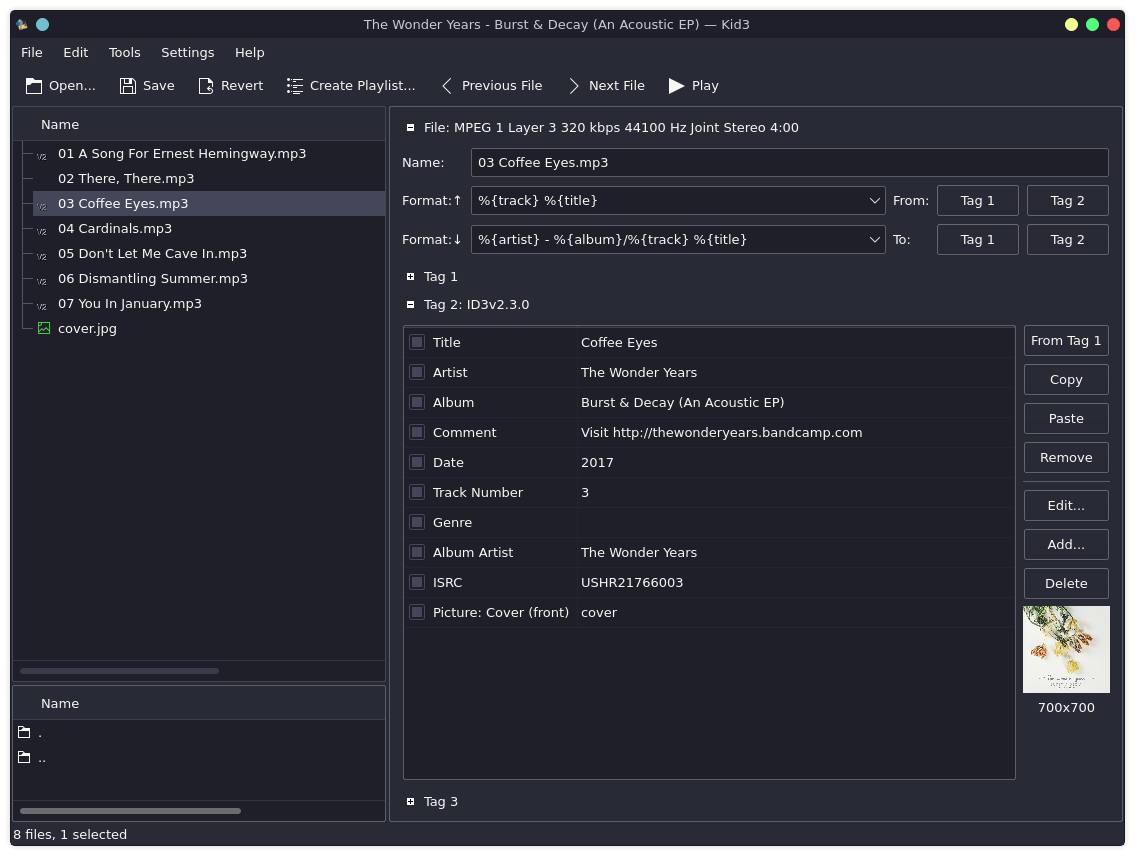 As a Fedora Plasma user, I was happy to learn that kid3 appears to be maintained directly by the KDE team. To use kid3, just drag and drop the files into it, add/edit any of the tag info, and save. New tags can also be added if they aren’t listed.

I started using kid3 on my Linux desktop… but one night I decided to work in the other room on my macBook. I sadly assumed I would have to find a different tool to use on macOS. However, while searching a new tool, I learned that kid3 has a macOS build! In fact, in addition to Linux, the KDE team has official kid3 builds for macOS, Windows, and Android! I love a good cross-platform tool. 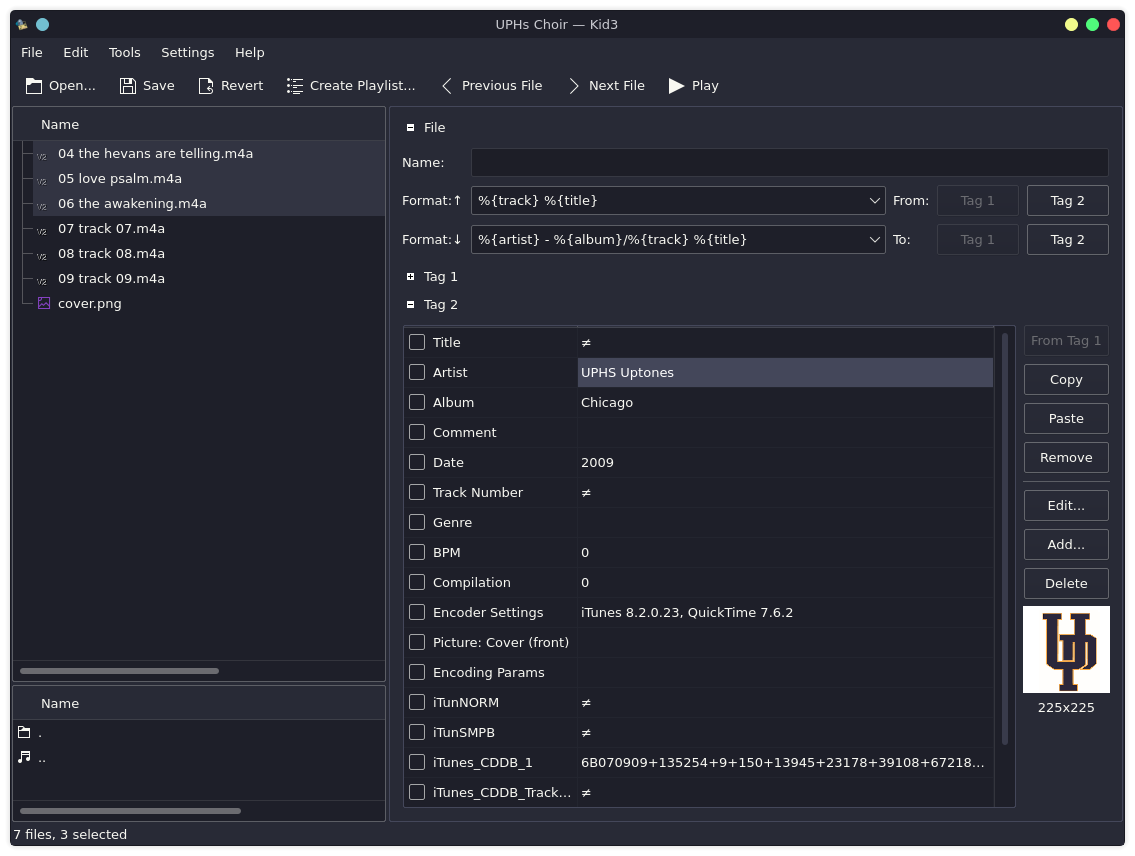 After using kid3 it for a bit, I fell into a workflow that made the tedious task of grouping multiple files into single albums easier to manage. Specifically, I learned that I could select multiple files, and edit a field to apply to all of the selected items at one time. Using this technique, I was able to write the artist, album, and year only once, instead of 10+ times for each album. This made it much more efficient than methods I had previously used while editing metadata. 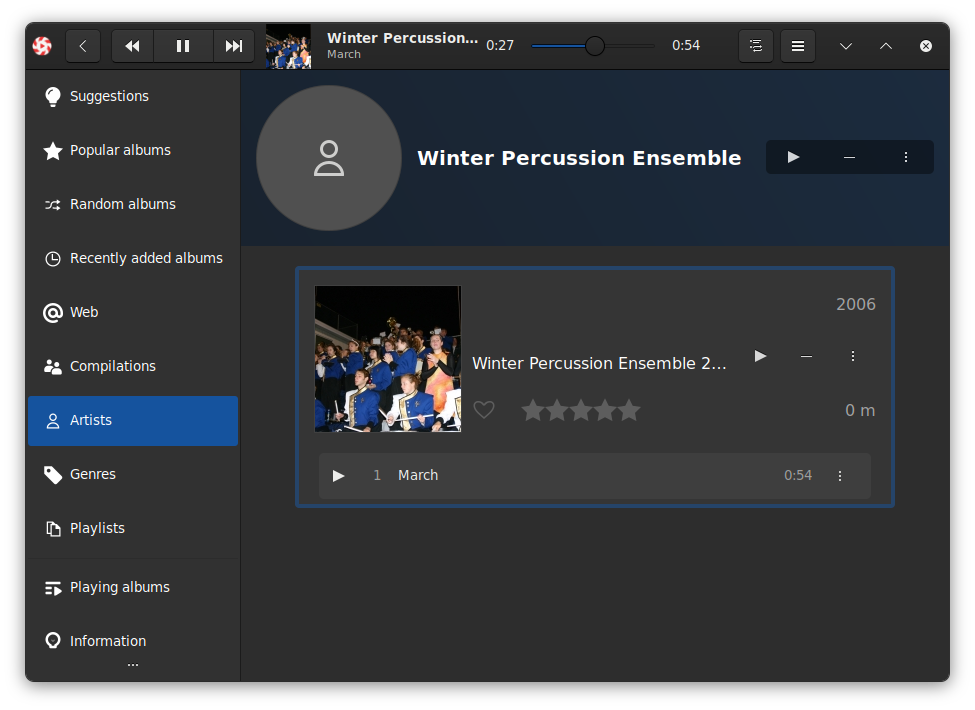 A ‘home-made’ file tagged in kid3, now properly sorted in my music player

That’s all I have. This was a short post, but I think it was worth it. I love when I find a great open source, cross platform tool that does exactly what I need. Kid3 is a gem application. If you need to edit some audio tags, check it out. It certainly made my life much easier 🙂.